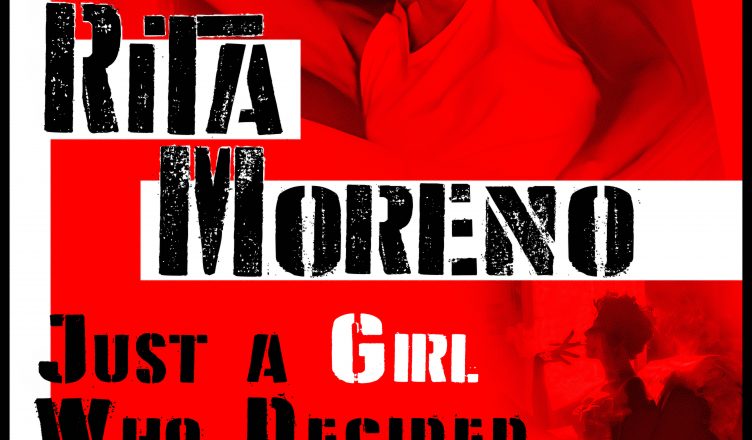 This 90 minute documentary, directed by Mariem Perez Riera traces the life of Latino icon Rita Moreno, from her birth in Humacao, Puerto Rico in 1936, to her upcoming role reprising “West Side Story” with Steven Spielberg. (Film is slated for a December release). This was its World Premiere at Sundance.

Along the way, such luminaries as Gloria Estefan, Morgan Freeman, Whoopi Goldberg, and Eva Longorio, among others, give testimony to the achievements of the 87-year-old singer/dancer/actress.

I’m of the generation that thrilled to “West Side Story” with Rita Moreno in the pivotal role of Anita when the movie premiered in 1961, based on the 1957 stage version. Watching Anita dance in the clips from “West Side Story” of the sixties is watching pure talent on the hoof. 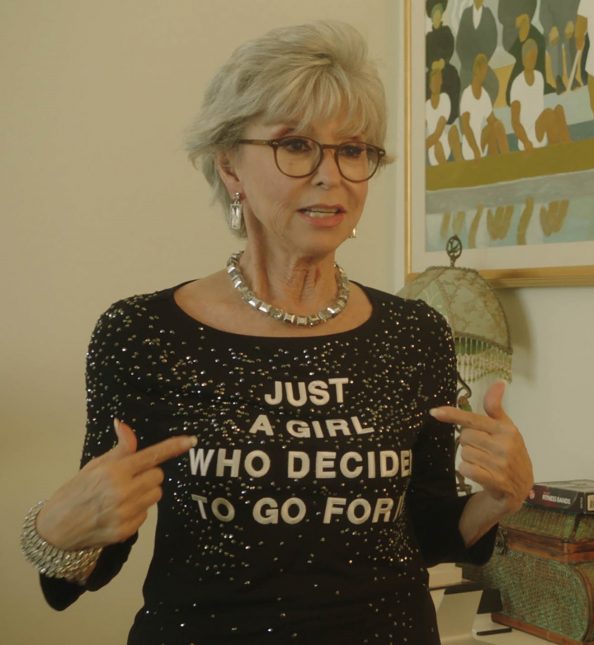 Just to show that she is not a one-trick pony, the woman is one of only a very few to have won the EGOT: Emmy, Grammy, Oscar and Tony— the first Latino to do so. She won her Oscar for “West Side Story,” her Grammy for the Electric Company album, her Tony for playing Googie Gomez in “The Ritz” and not one, but two Emmys, for the Muppet Show, which she starred on from 1971 to 1977.

When Gloria’s mother divorced her father and moved with Gloria to New York City, Rita shares that they sailed on a ship, the S.S. Carabobo, whose name, in English, literally means Stupidface. Upon seeing the Statue of Liberty as a small child, she thought the green lady was the president  holding an ice cream cone in her right hand.

Norman Lear and Linn Manuel Miranda teamed up to share with the world the story of this chameleon-like talent who “made herself into someone she wasn’t to please other people.” This was true, initially, of Rita’s career, which was mired in stereotypical roles as an accented beauty, whether the role was Latino or some other ethnicity. Rita also had to cope with sexual discrimination from the likes of Harry Cohn and, at one point,  attempted suicide after a failed romance with Marlon Brando that led to an unwanted pregnancy, a botched abortion, and her overdose with pills.

When she talks about Brando today, she says, “I think about it now and say, ‘What was there to love?’” But, at the time, Brando was the biggest star of the 50s; the two were together for nearly eight years. It was Brando who recommended that Moreno try therapy, of which she said, “Examining and finding value in yourself is the only way. And I chose therapy.”

Married for many years to cardiologist (and, ultimately, her manager), Leonard Gordon, the pair remained married from 1965 until his death in 2010. Their daughter, Fernanda Gordon Fisher, is the mother of Rita’s two grandsons. Moreno frankly admits, she is okay with living alone and, in some ways, felt liberated after the death of her husband of 45 years. She admits that there were times she thought of exiting the marriage, but stayed in the relationship for the sake of the family.

Now 87, Rita who began performing at age 6, has a role as Valentina in the re-boot of “West Side Story” planned for a December release. The cast will feature primarily Latino actors and actresses, although Ansel Elgort (“The Fault In Our Stars”) is of Norwegian, Russian, German and English ancestry. Another key fact of Elgort’s casting as Tony may well be the 5 years (ages 9 to 14) that he spent at the American School of Ballet, plus Elgort’s keen interest in music (he DJ’s as Ansolo). He was named one of the Best Actors under 20 in 2014 and has been impressive in his film outings.

It will be interesting to see Rita Moreno’s career come full circle with her appearance in the same film, 60 years after she burst to stardom in it. The original budget for “West Side Story” was only $6 million and it went on to make $44,062,203 worldwide. The 2021 Spielberg effort has a $100 million budget with 144 cast members and is in post production.

Moreno  says “It’s interesting how we keep dragging our past into the present.  Damn the shadows and here’s to the light.” Morgan Freeman sums up this great talent’s career by saying, “Life is what it is—but it is what you make it.”