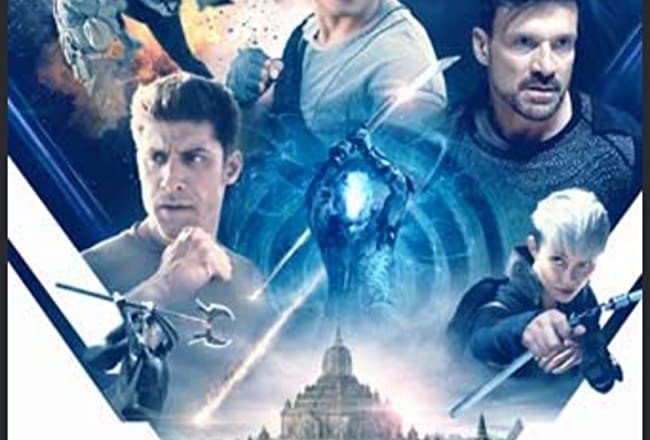 A martial arts-based fantasy action drama is set to release this November. Starring Alain Moussi as the war hero Jake Barnes with supporting cast including Nicolas Cage, Tony Jaa, Frank Grillo and JuJu Chan, director Dimitri Logothetis brings you Jiu Jitsu. The story is based on a group of Jiu Jitsu warriors who fight to protect the Earth against alien invasion every six years. Every six years a comet passes, a portal opens and some random aliens step in to fight them. But this time Jake Barnes the hero gets injured by the spaceman named Brax and is on his recovery path. Now it’s up to Wylie (Nicolas Cage) and his team to revive Jake and help him regain his strength to defeat Brax.

After watching the trailer I can see that this movie is jam packed with action! However, this all this looks familiar to me. If you have watched Arnold Schwarzenegger’s Predator, you will understand exactly what I mean. The concept in the trailer seems an absolute copy from the movie Predator. The only difference is that this Brax spaceman is a more sophisticated version knowing martial arts, that’s all! Seems to me that the Predator has come face to face with some Mortal Kombat group!

Seeing the whole trailer, I only saw fist and leg fights including some intense sword fights as well. Where is the Jiu Jitsu? Did they even google “Jiu Jitsu” before making this film? I also wonder what made a profound actor like Nicolas Cage take up this movie. It seems he’s no stranger to bad decisions. A Jiu Jitsu fighter’s role doesn’t suit him at all. Viewers may need to take some time to regroup themselves after watching his sword fight with Brax. All I need to hear is Nicholas Cage saying, “He’s crazy, like me!”