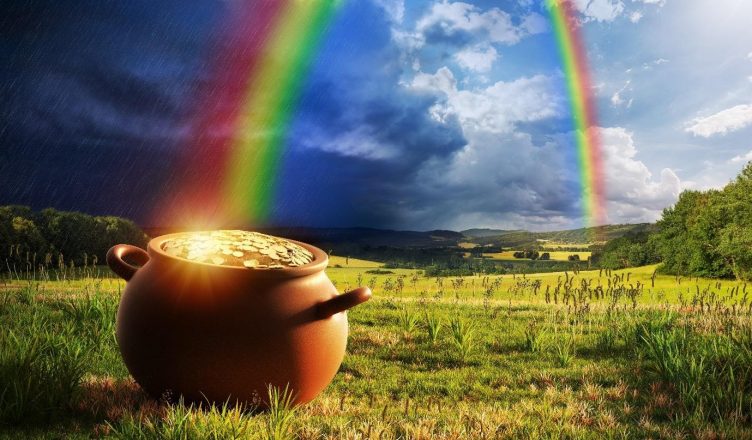 The Rainbow Riches slot series is perhaps one of the most popular collections around, having originated from the classic slot machines that used to line the walls of our favourite brick-and-mortar locations! As the online gambling market rose in popularity after the launch of the internet in 1996, Rainbow Riches jumped on the bandwagon and found its way online, meaning people could get their hit of rainbow goodness from the comfort of their own homes!

Read on as we give you an extra insight of what to expect from the much-loved online slot.

The Rainbow Riches online slot is a direct adaptation of the original machine-based game, containing all of the same features, along with a few added extras – just to keep you on your toes! Gameplay is set across five reels and 20 paylines, with a variety of seven base game symbols filling the reels, and promising big wins. These include a whole host of icons that incorporate the luck of the Irish, such as leprechauns, four-leaf clovers and shiny pots of gold at the end of the rainbow. To grab your piece of the action, all you need to do is wager a minimum of 0.10 credits and the reels will start spinning! A more than reasonable price when you consider that there’s a whopping 500x your initial bet up for grabs, as the maximum jackpot!

The main attraction of playing online, and perhaps the main way that the game differs from the original machine-based slot, are the three in-game bonus features. When these are triggered you stand a good chance of gaining a bigger profit from your gameplay. Let’s delve into each bonus game and see what you could be winning! 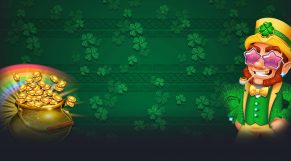 This game is triggered by landing one of the themed scatters on the second, third and fourth reels, which will then bring you onto the bonus game’s start screen. The leprechaun opens the game, grinning at you from a rock within the green hills of Ireland. Soon, there will be dozens of pots of gold spinning around the lucky fella’s head, each of which holds a different cash value. In fact, depending on the pot’s value, it’ll be displayed as either gold, silver or bronze, decreasing in that order. Once the spinning stops, a pot will land at the bottom of the screen, representing the win multiplier that you’re about to receive. This will then be added to the stake of your original winning spin, giving you a good shot at that 500x jackpot. 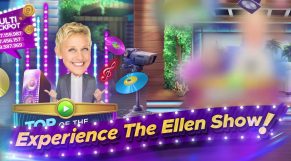 To unlock this game, you must unlock three of the leprechaun scatter symbols on any of the reels. Then, the leprechaun will make another appearance, flashing you a cheeky wink before covering the screen with a Wheel of Fortune inspired wheel game, that contains a collection of increasingly values multipliers. The wheel is numbered from one to six, and once you land on one of these numbers, that will dictate how many steps you’ll take along the rainbow pathway that’s located beside it. On each section of this path lies a cash bonus, and where you finish determines what you will receive. 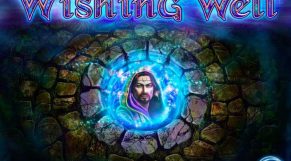 This is the final bonus game on offer within the Rainbow Riches slot adventure, activated when three of the wishing well symbols are rolled into place anywhere on the reels. This is the easiest of all three games to play, as it operates with a classic “pick me” style. You’ll be asked to choose one of three wishing well symbols, each of them holding a different win multiplier value. After you make your all-important decision, your original stake will be multiplied by the amount that you were given on the well.

So, now that you’re in the know, there’s nothing stopping you from bagging your very own Rainbow Riches!