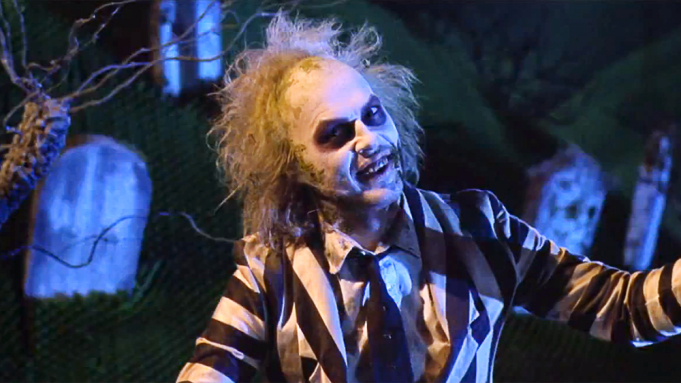 October is finally here and we will be spooking you! Check out these oldies but goodies that are now showing in some theaters in the USA. That’s right, some movie theaters have brought back a few of your favorite classic Halloween films. Check out the trailers below and let me know if these oldies are worth the rewatch.

A curious youngster moves to Salem, where he struggles to fit in before awakening a trio of diabolical witches that were executed in the 17th century. The film follows a villainous comedic trio of witches who are inadvertently resurrected by a teenage boy in Salem, Massachusetts, on Halloween night.

Tim Burton’s 1988 dark comedy is about a young couple, Adam and Barbara Maitland, who meet a sudden, tragic end. Moreover, they aren’t quite aware at first that they’re dead. Kind of like Bruce Willis in The Sixth Sense…but more adorable. They’re faced with a family of pretentious social climbers from New York City who buy their house and start “renovating” the beloved old country home into a postmodern disaster.

On a cold Halloween night in 1963, six year old Michael Myers brutally murdered his 17-year-old sister, Judith. He was sentenced and locked away for 15 years. But, on October 30, 1978, while being transferred for a court date, a 21-year-old Michael Myers steals a car and escapes Smith’s Grove. He returns to his quiet hometown of Haddonfield, Illinois, where he looks for his next victims.

Whatever happened to the rumored sequels for Beetle Juice 2? Check out Ryans Opinion below!