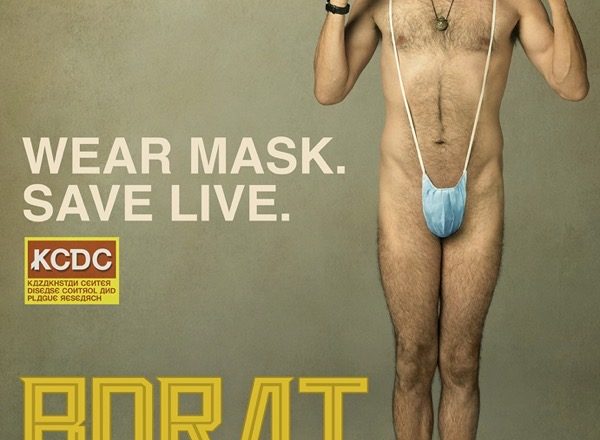 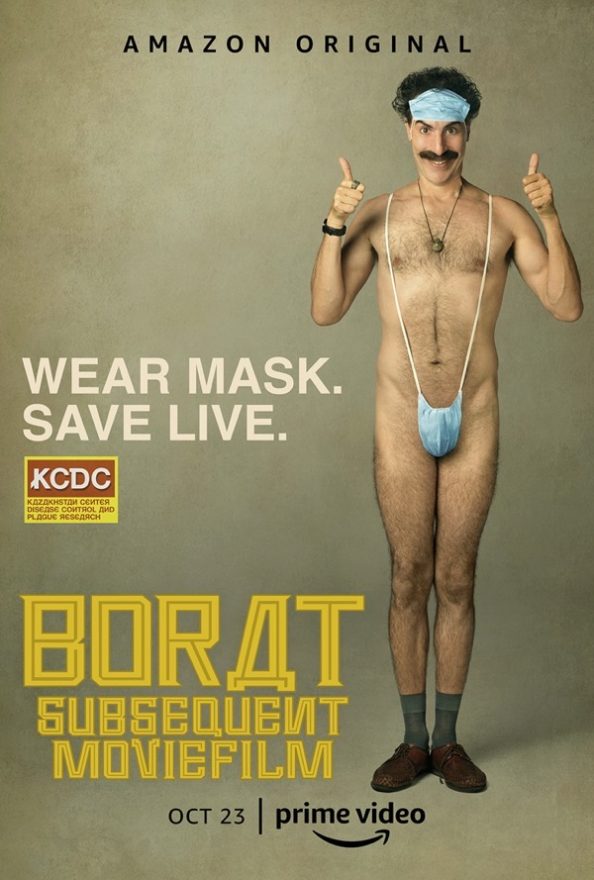 If you enjoy watching some gut-busting comedy, director Jason Woliner just got the one for you! Woliner brings you “Borat Subsequent Moviefilm: Delivery of Prodigious Bribe to American Regime for Make Benefit Once Glorious Nation of Kazakhstan” which stars Sacha Baron Cohen as the funny and eccentric Kazakhstani television personality Borat Sagdiyev.

Here Borat is on a secret mission to America along with his daughter Sandra Jessica Parker (Maria Bakalova). The dad and daughter duo create a crazy humorous atmosphere throughout their visit. Sacha Baron Cohen as we all know him, has a very dynamic and attractive personality and how you are going to see him in this movie will entirely defy all logic. Cohen is more than a genius as he plays this character which has no resemblance to his actual persona. As we all are familiar with his Borat character from the 2006 Borat movie itself, apart from being funny he even looks like a maniac to me. But what really defies all is the movie’s plot. Some may take it as a political hilarious drama. However leaving all comedy aside, there lies some dark political humor in it as well. This Borat movie in fact just came before the elections and maybe is trying to expose certain proceedings within the U.S. government. But Cohen is wise enough not to expose things like he did in the first movie. Instead he made up for it by mocking at the government. Hence, he came up with this new generation mockumentary film which has left no stones unturned in hitting at Donald Trump and his regime.

This movie is indeed a true entertainer. If you enjoy watching good comedy, then don’t miss this out. Some really hilarious scenes within this movie include Borat disguising himself as a fat American man and the car scene where his daughter is seated on the top of his car and he gets pulled over by a cop. Even funnier is his answer that, “Only man and bears are allowed inside car!” Just watch out for Borat as he attempts to make his daughter look “sexy” by trying to dress her up in a so called “sex-appeal” costume for the Blood Moon Dance occasion and not to mention the coronavirus saucepan scene. Can you imagine some men inside a room hitting the walls with saucepans in order to kill the virus? Looks absurd indeed!

If you watch the movie, you will come across a scene where Borat’s daughter vomits upon eating a cake supposedly called “baby” and he visits the doctor with her to tell him that he has put a “baby” inside her! This directly justifies incest in a satirical way. There is some amount of nudity too as in a certain shot Borat is seen almost naked where he only wears a coronavirus protection mask-like thong to cover up his private parts. These scenes in fact may not be acceptable for certain audiences.

Apart from this you will come across the scene where Borat disguises himself as Donald Trump and carries his daughter over his shoulder and shouts at Michael Pence, “Michael Penis, I brought the girl for you!” This is shocking as well as amusing. This time it’s my thumbs up not to the movie only but to the American government itself for taking this with a cool brain. Many countries usually don’t accept such political mocks. But wait, don’t forget that Michael Pence himself was in this scene and he was in for this joke! However Borat 2 could never exist today, people would get too offended, that’s what!

A must watch movie!

Leave alone all good, bad and ugly. What really matters is if you are that movie buff who enjoys watching some crazy raw comedy stuff, then watch this movie for sure! This Borat movie has been executed through a brilliant stroke of the reality of America intertwined within a satirical comedy.

The film has an amazing screenplay done by Cohen himself, not to mention the funny accent that he has adopted for the Borat character. The cinematography by Luke Geissbuhler as well as the video editing by Craig Alpert, Michael Giambra and James Thomas have been done well. Sequels can be amazing. The trailer itself is interesting enough. Watch the full trailer below to have a better glimpse of the movie.

3 thoughts on “Borat Subsequent Moviefilm: A hilarious mockumentary all set to dig at Donald Trump and his America”