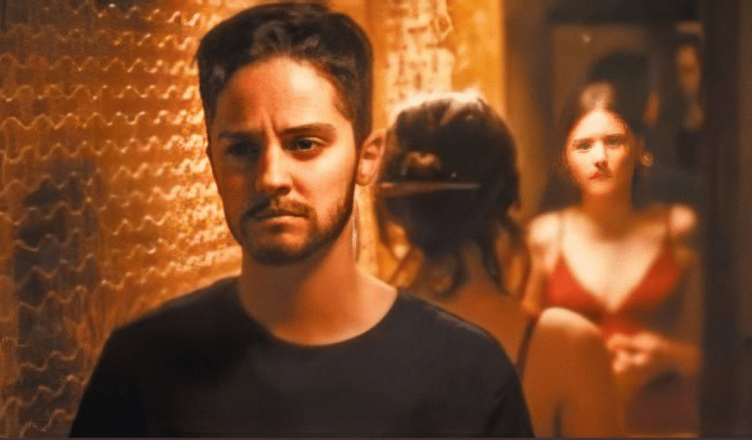 “A Good Man” is a LGBTQ French film directed by Marie-Castille Mention-Schaar. It is a Cannes Official Film Selection with subtitles, but the trailer does not have English subtitles. (Dust off your French from high school or college.) Noemie Merlant, who was so powerful in last year’s “Portrait of a Lady on Fire,” plays the lead of a trans-man. There is some controversy over the fact that the part of a trans man is not being played by a real trans man.

I thought a better title for the film might have been crafted based on the scene where a nurse, leaving the hospital room of the new mother after her shift, bids the patient good night with the farewell phrase, “Good night, Sir/Ma’am.”

The farewell causes the new mother/father to smile, as he/she has just given birth to a baby boy, a sacrifice that Ben/Sarah made so that he/she could achieve his/her goal. That goal is stated in the film as, “I want to be me and have a normal life.”  Ben tells his older brother, Antoine, “I want the same as you. No more. No less.” The script also contains the advice, “The management of truth is the key to a rescue.”

I’m all for people of any sex and/or ethnicity seeking “life, liberty, and the pursuit of happiness.” Freddy McConnell, a trans man, gave birth to his own son, Jack, and the “Guardian” journalist made a film with Director Jeanie Finlay about it called “Seahorse,” so the topic of a trans man giving birth to his own child IRL has been done before. In this version, the performances of the two leads (Noemie Merlant and Soko) are excellent.

The opening ocean panorama of the main character looking out at the ocean from the Cote d’Azur is gorgeous. There are many other beautiful cinematic shots within the film, including some spectacular sunsets. But most of us want a story, as well, and there is definitely a story here.

Ben, the central character, was born Sarah Adler on April 28, 1990. The conflict comes when Ben’s love, Aude (Soko, who played Samantha in “Little Fish”) —after his decision to bear their child because the couple cannot adopt and Aude is infertile— tells Ben, “Right now, I don’t exist.  You play every part.  You play them all. I need to find mine.”

Another conflict is between Sarah/Ben’s mother, who mourns the loss of daughter Sarah and has difficulty accepting that Sarah has become Ben. There is also conflict between Ben and his male friends, whom he has kept in the dark. Some of Ben’s friends are more accepting than others.

It’s really difficult to follow who is whom and whether the apparently female girl at the bar (Sarah) does, in fact, turn out to become “Ben” later in the film. There is frequent jumping back and forth in time, between the present and the past. While audiences are savvy and will do their best to keep up, it can become difficult to figure out exactly who is whom, then and now.

The departure of Aude, Ben’s love, while understandable, seems very selfish. It reminded me of someone I know who—while his wife was delivering twins—-began an affair with a co-worker and left his wife, who had to go through the  childbirth delivery alone. There is something about bringing new life into the world that mitigates for a united front to support that new life. Poor Ben is forced to go through most of the pain, suffering, and confinement of delivery on his own, endure being viewed as a freak by some, and suffer the loss of the support of the one closest to him. Ben almost seems too good to be “real,” given  the scenes that show him as a selfless caretaker for others throughout the film.

The departure of Aude sets off a nicely done rapprochement with Ben’s estranged mother, however. Mom, watching the new-born baby attempting to suckle, says, “You think it’s a matter of instinct, but it’s not at all.”

The end of the film is slow, although cinematically beautiful. It reminded me of the famous painting “A Sunday Afternoon on the Island of La Grande Jatte” by Georges Seurat. We also get a quick glimpse of the reunited couple strolling through the scene with their baby.

I felt very sorry for Ben/Sarah, who had to give up the new life he had carved out for himself, reveal his previous identity to the world, and go through childbirth without the woman of his dreams by his side. While I understood Aude’s feelings of being “left out,”  Ben might wish to re-consider their relationship in light of the loyalty and devotion he has demonstrated, which does not seem to be returned in equal measure.