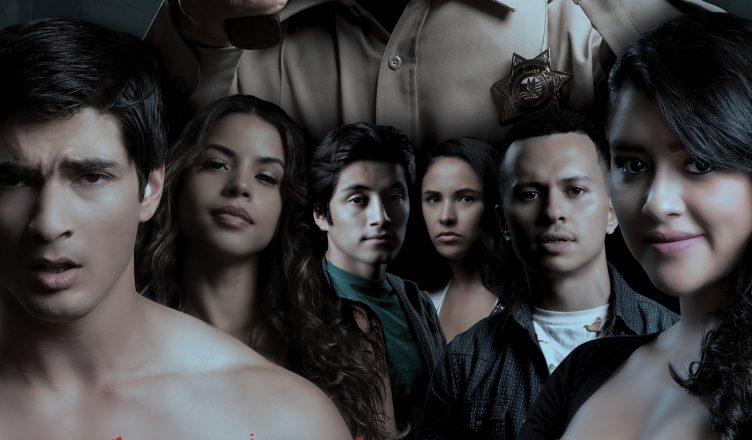 Murder in the Woods is  a slasher/horror/thriller based on a group of friends who go to party at a creepy cabin in the middle of nowhere. Sound familiar? Yes, perhaps the plot line seems overdone in horror, but this one is different.  The film’s writer, director and cast are predominantly Latinx.  Something has to be said for that when the Latino community is underrepresented in Hollywood not to mention in Horror genre. The movie is scary fun MITW brings it and has potential to be a classic cult horror film. 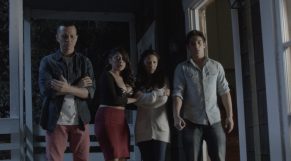 MITW is thrilling, gorey and suspenseful. Turn on your surround sound, watch in the candlelight alone like I did and I assure you, you’ll be creeped out! I really enjoyed the movie’s twists. I am not one that can be easily surprised but this movie did a really good job of throwing curb balls that made me jump! While the characters were stereotypical young personalities like the slutty chick, the jock, the nerd, the funny friend and the jealous girlfriend, the actors did a great job of presenting it in a fun and not super cheesy way. Oh and then there’s Danny Trejo, who will scare the shit out of anybody no matter which character he plays! What I loved about this film is how the writer, Yelyna De Leon, incorporated her own  cultural background like the spiritual abuela (grandmother) and other superstitious Latino references like the ‘chupacabra’ (legendary creature in folklore). There was an ode to Stephen King in one of the scenes, which as a fan, I appreciated. The Director, Luis Iga Garza did an amazing job of  piecing the storyline together so creatively that it will keep you on your toes.  There were scenes that were an homage to cult slasher films we all know and love. I’m here for it. 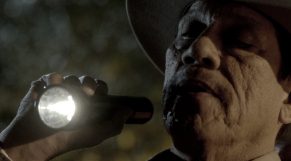 While you may have seen this story dozens of times, and you’ll be thinking to yourself – well this isn’t very original but it still fun and in my opinion doesn’t have much to not like. And if you are hating, you’re taking it way too seriously.  In my best, Danny Trejo voice, Relax, pendejo – it’s just a movie!

In NYC, where I live, the theaters are not yet opened which is a damn shame because if the Alamo was open I’d be able to throw around popcorn and scream at the top of my lungs. Instead here I am in Quarantine watching it with my cat. No matter, this film is worth watching in any venue, drive-in or at home. Get your snacks, and be ready to enjoy this horror flick! Murder in the Woods delivers on all fronts.