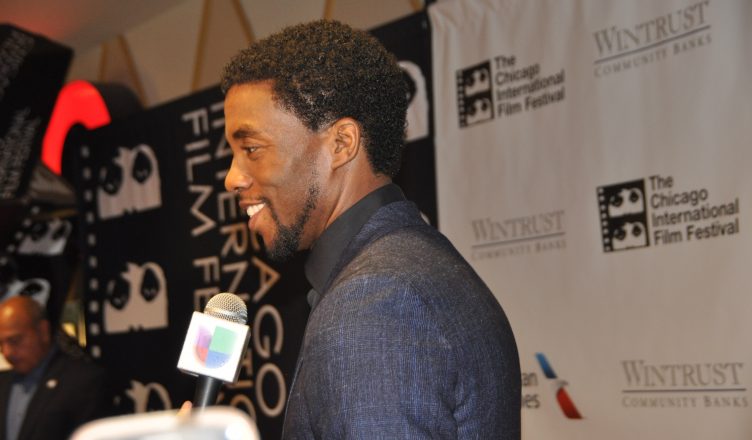 The news that Chadwick Boseman was dead at 43, which came to us on Friday, August 28th, was very sad news, indeed. Boseman had been battling colon cancer for 4 years. He was married to Taylor Simone Ledward and died surrounded by his family. This young actor from Anderson, South Carolina, was a great one.  He was the son of Carolyn and LeRoy Boseman, African American immigrants from Sierra Leone and Nigeria, a nurse and a textile worker. His father also did upholstery.

Chadwick’s portrayal of Jackie Robinson in the film “42” with Harrison Ford cemented him as a leading man in 2013, but Chadwick had been acting as far back as 2003, when he portrayed a character named Reggie Montgomery on “All My Children.”

When Chadwick expressed reservations about the racial stereotypes inherent in the Reggie Montgomery character on “All My Children,” he was replaced by his future co-star in “Black Panther,” Michael B. Jordan.

All the way back to his high school days, Chadwick had been interested in directing and only began acting so he could learn how to interact with his cast. In his junior year of high school, in fact, he wrote a play entitled “Crossroads” following the death of a classmate.

After graduating from T.L. Hanna High School in 1995, Chadwick went on to attend Howard University in Washington, D.C., where one of his instructors was Phylicia Rashad. Chadwick and some fellow students had been accepted to attend the Oxford Mid-Summer Program at the British Drama Academy in London. Rashad approached Denzel Washington to help fund the students’ trip there.

Boseman also attended the New York City Digital Film Directing Academy in New York City and did some teaching in the city while living in Brooklyn, but eventually moved to Los Angeles in 2008.

By 2013, he was acting in the movies that he would define with his talent, as with his portrayal of King T’Challa in “Black Panther.”

I met Chadwick Boseman in Chicago in 2017 when he and other actors, such as Sterling K. Brown, appeared in support of “Marshall,” a film in which Boseman played the title role. He was kind and articulate in answering our questions and the cast was like a “Who’s Who” of current Black stars. He was luminous and had a real presence. He was asked about his fluctuations in weight (for various roles, we thought) and responded, “You don’t even know,” laughing that some day he would live to tell the full story.

Boseman was a gracious and cordial “movie star,” as were the others present in October, 2017 at the Chicago International Film Festival. His very presence was impressive, especially since we now know that all the while he was making films like “Marshall,” the “Avengers” series, and “Black Panther” he was fighting this disease. Privately, Boseman was already battling the colon cancer that would ultimately take his life. He had already been diagnosed with Stage III colon cancer, which worsened to Stage IV cancer. He  had endured radiation and surgeries all during the years when he was portraying characters like the King of Wakanda, T’Challa, in “Black Panther,” the “Avengers” series of movies, Thurgood Marshall in “Marshall” and a character in “Da 5 Bloods,” the 2020 Spike Lee film. My own personal favorite film is his portrayal of James Brown in “Get On Up,” which had a backer in Mick Jagger. I always felt that he deserved an acting nomination for “Get On Up,” but the film was released too early in the awards season and it was Chadwick’s performance that stood out, above all

Colon cancer claimed my own father many years ago, metastasizing from the colon to his liver and other organs, eventually even invading his brain. It is my fervent hope that this tragic loss will cause others to have frequent colonoscopies to find and cure the colon cancer that, if caught in time, is survivable. My daughter, age 33, recently lost a good friend to this disease, so it is not solely a disease of old age.

If not caught in time, it can claim the life of even a 43-year-old like Chadwick Boseman. General recommendations are to have such tests beginning at age 50, but obviously that is not always soon enough if there is a family history.

Once that family history exists, the general recommendation is to have colonscopies every three years, rather than the normal every five years. Katie Couric’s husband died young from colon cancer, and she would echo my hope that this unnecessary death of such a talented young man might spur all of us to be vigilant.

Chadwick Boseman’s words to a graduating class: “Purpose is why you are here on the planet at this particular time in history. The struggles along the way are only meant to shape you for your purpose.”