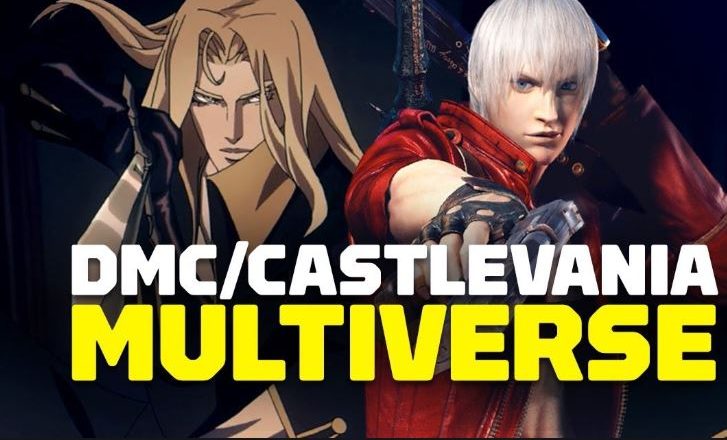 According to EW, Mojang announces that the Minecraft film adaptation, based on the popular video game, will be set to hit theaters March 4, 2022. It will be written by Allison Schroeder and directed by Peter Sollett. See Trailer Above:

Unlike the other adaptations on this list, the “Devil May Cry” Netflix series will be animated in 2D. Yup you heard correctly! I truly believe that Netflix struck gold with the franchise and animation studio so lets hope they take good care of our friends. The executive producer Ari Shankar revealed his plans to adapt the demon-hunting video game into an animated series. Shankar previously worked on Netflix’s “Castlevania,” another animated video game adaptation, which has done well. There is no release date set, but an easter egg in Castlevania season 3 implies that an announcement is sooner than later.

Check out these cool scenes while we continue to wait for the much anticipated Official Trailer to be Released.

The video game Halo has been around since Xboxes conception and is popular among shooting games. Showtime’s Halo series is set to take the TV stage in 2021. Rupert Wyatt (“Rise of the Planet of the Apes”) will direct several episodes and serve as executive producer for Microsoft 343 industries. While there have been previous live-action adaptations of the franchise’s saga, this is the first high-budget TV series that will venture into the legendary story of Pablo Schreiber’s Master Chief and his role in the war against an evil alien alliance known as the Covenant.

There’s no word yet on when the movie is expected to hit theaters, but according to Variety, it’s being envisioned as a series, and not just a single film. Milla Jovovich is  to star in the film.

Yes, it is national video game day. You just can’t make this stuff up …. Or can you? Historians (or Generation Z people) have managed to trace the origins of the date of conception back to David Earle and the Kid Video Warriors. You’d be forgiven for confusing this holiday  with the National Video game Day of September 12, or for believing both ‘holidays’ are entirely made-up, who cares! TMB celebrates upcoming film adaptations. Drop a comment below and let us know which video games are long overdue for a film adaptation. Happy National Video Game Day from TMB to all gamers!