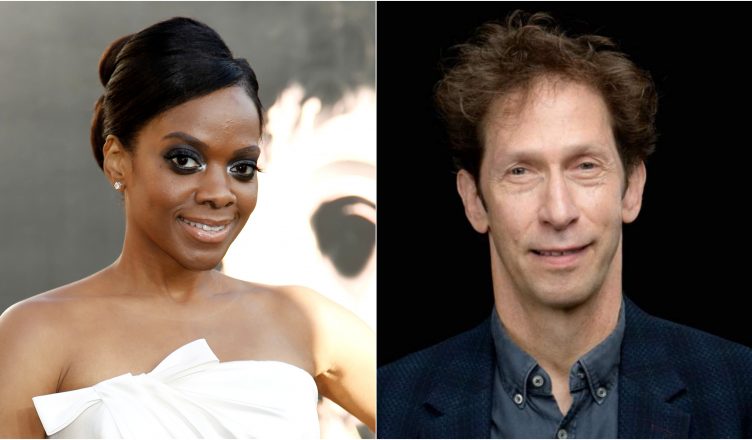 A powerful and thought-provoking true story, “Just Mercy” follows young lawyer Bryan Stevenson (Jordan) and his history-making battle for justice. After graduating from Harvard, Bryan had his pick of lucrative jobs. Instead, he heads to Alabama to defend those wrongly condemned or who were not afforded proper representation, with the support of local advocate Eva Ansley (Larson). One of his first, and most incendiary, cases is that of Walter McMillian (Foxx), who, in 1987, was sentenced to die for the notorious murder of an 18-year-old girl, despite a preponderance of evidence proving his innocence and the fact that the only testimony against him came from a criminal with a motive to lie. In the years that follow, Bryan becomes embroiled in a labyrinth of legal and political maneuverings and overt and unabashed racism as he fights for Walter, and others like him, with the odds—and the system—stacked against them.

The Movie Blog  recently had an opportunity to sit down with stars Karan Kendrick and Tim Blake Nelson from the film Just Mercy.  Both actors shared their thoughts on the importance of Just Mercy and the impact the film had on them personally and professionally. 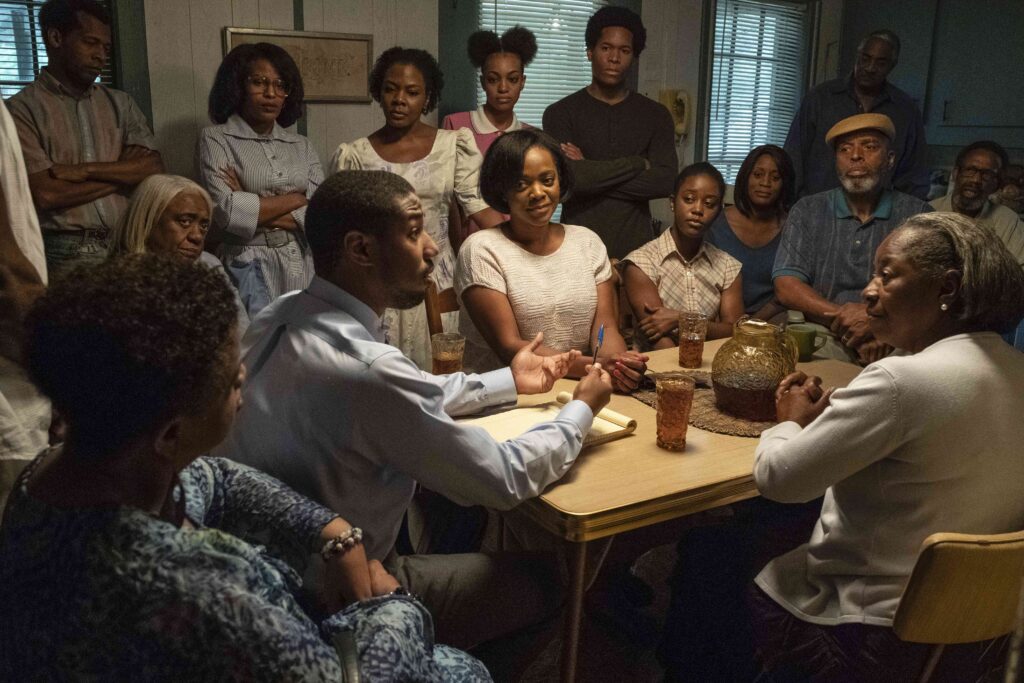 The Movie Blog: What brought you to the [Just Mercy] project?

Karan: I was so excited to see Minnie McMillan on paper, to see her image, to see her story being told in this way to be able to share her journey, a portion of her journey in a way that felt fully realized or fully explored. There was just something about it and having that in this space, in this storytelling space was very attractive to me. A southern Brown woman with the complex experience having to make difficult choices…yes please! And then for that story to be a part of the larger story Brian Stevenson’s life into work yes-yes please!  Then what I didn’t know – I kind of knew on paper but I didn’t really know at the time – the wonderful team that was going to come together to tell this story from Michael B Jordan, who I’d known from afar, but to actually be able to work with him up close and personal to Destin Daniel Cretton, to Michael as a producer and actor and then to Destin as a writer, co-writer and director with Andrew, and then the cast I was just surrounded by excellence and masterclasses. So it was a firm “Yes” just with the information that I had. Now on the other side of it, it’s a resounding “Yes!” and “Thank you!”.

Tim: Like with Karan it started with being a part of telling Brian Stevenson story and I would have participated in that…I guess the bar was low in terms of the part I would get to play in telling Brian’s story with a guy like Destin directing.  And then I was really intrigued by the Ralph Myers character. At one level simply by the challenge of trying to humanize him and pull the character off in a way that was believable, not showy…Where I could get lost in him and allow him to be subordinated by the story itself. That’s an interesting challenge when you’re playing an outlandish character…Not to walk in and seem to take over a scene because the protagonist in all of those scenes is Brian Stevenson played by Michael B Jordan. I’m an accessory to his story. The oxymoron of playing an outlandish character, who’s nevertheless an appendage of the movie’s body, he’s not the body, he’s not a vital organ is an interesting… it’s a great challenge. Then there’s Destin who’s an extraordinary director and an extraordinary human being and, as Karan said, all the actors who were aggregating around this project starting with Michael [B. Jordan] made it simply irresistible.

The Movie Blog: Were there any unique challenges with your roles that you  experienced?

Tim: This was a really challenging part. Again trying to find a performance of him that was about the character and his place in the story, rather than about my pulling the character off. So finding him in a deep enough way where I could feel like I was living inside of him, rather than getting in front of a camera…trying to impress people….finding that subtlety and that humanity, which was there in the writing and needed to be there in the performance. The audiences can judge whether I succeeded, but that was certainly my aim and that’s tough in a good way. It’s why I like playing characters like [Ralph Myers]. 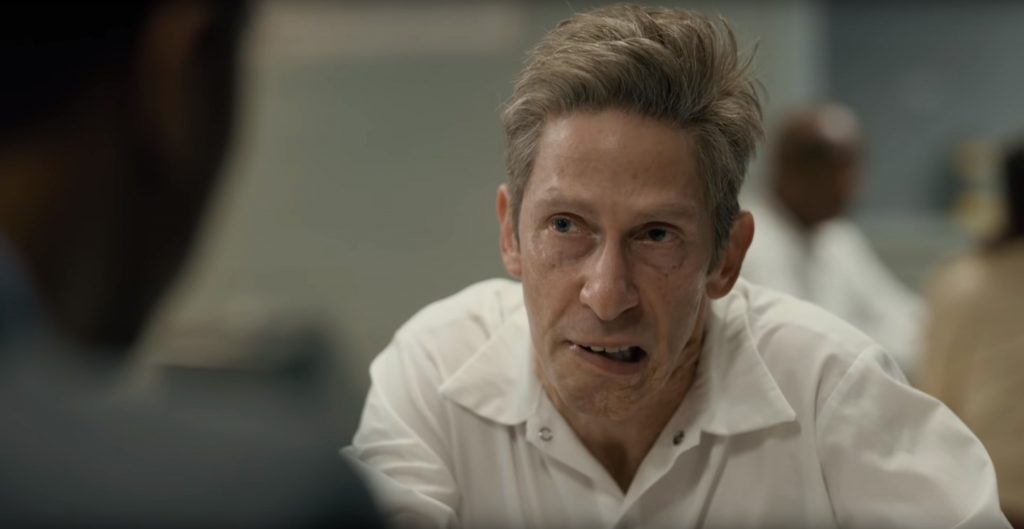 Karan: At this point in my career I’ve had a lot of experiences where just wasn’t really about me…. I’ve always think in terms of you know telling the truth and how where can I go in this person’s experience. So with “Minnie”, I feel like all of that as kind of prepared me for “Minnie” because there is an inner work that I think that just had to be done with her. I just remember thinking “go deeper and be fearless”…So it wasn’t about getting bigger to your point and trying to present, but just really understanding to her core what’s going on and why she’s making these choices, and how she’s connected to people….I think that was the challenge and the joy of the journey really and in sharing her story.

The Movie Blog: How has Just Mercy changed you personally and/or professionally?

Karan: I share a story I’ll share with you here. I have a cousin who was incarcerated when I was a kid. His dad and my dad are brothers.  He’s named after my father and for 24 years and eight months, I never went to visit. [I] always accepted phone calls, cards…always loved him from a distance as it was convenient…. never talked bad about him.  I never went to visit. From the time we wrapped [filming] to today, I’ve been twice to visit him. He’s in a different state. It is not convenient, but it was so necessary. I don’t think you can experience this film and not be changed… and definitely and working on it that’s one of the ways that it changed me. You know he calls and we have conversations. I am able to connect with him in a very different way.  [When] you watch the film it’s like “What can I do?”… No one can do everything although Bryan [Stevenson] is very close. But everyone can do something! So the film forced me to ask and answer for myself, “What is your something?”.  For me, initially it was just showing up. Showing up for my cousin and loving him beyond what was comfortable….Engaging with people as I walk down the street as people. I think it continues to evolve the changes that are happening. I’m grateful for this press tour, not just to share the word of what we’ve done with the film…but also to be able to have these kinds of conversations with people in cities across America. I think it’s helping to move the narrative for it, and to encourage us to connect to one another on a very human level as we look forward to what’s next. 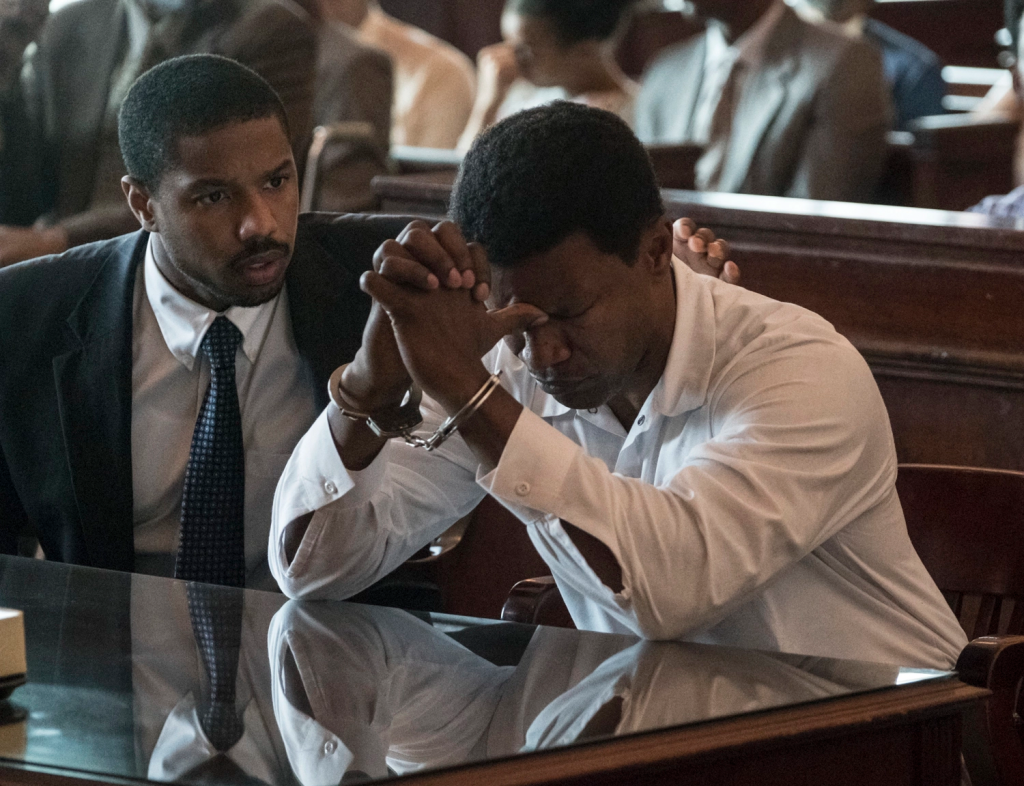 The Movie Blog: What would you like for audiences to feel or takeaway from Just Mercy?

Tim: To quote Bryan Stevenson, ” You are not defined by your worst moments.”. 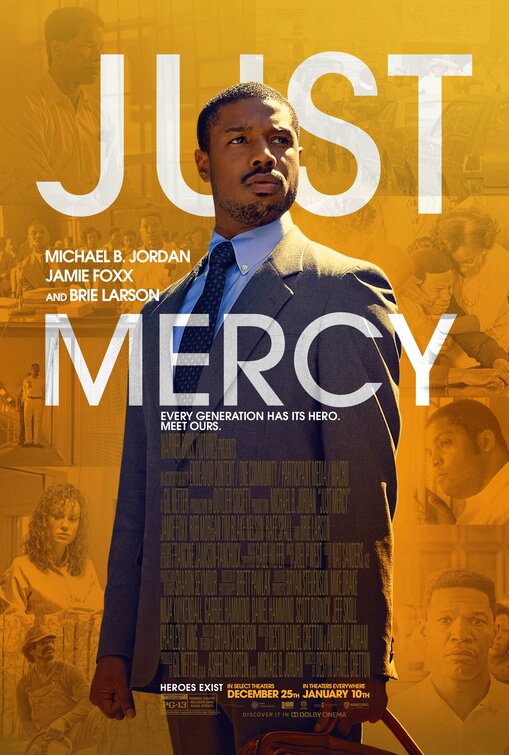