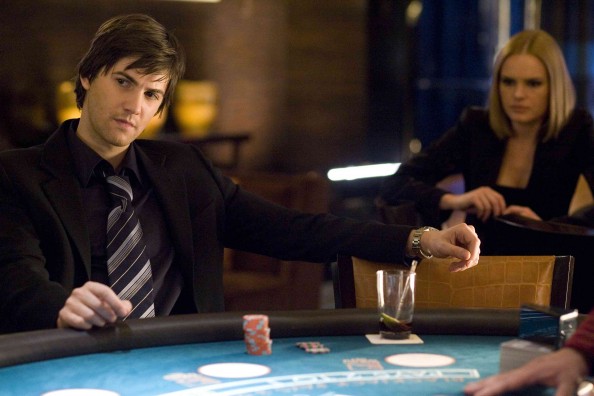 The world of cinema has given inspiration to a lot of blackjack and poker player to pursue a career in some of the most competitive card games in the world. Yet, we can’t help but wonder whether most of what we see on the screen is fact or fiction. Today we take a look at the story behind each popular movie that has taught us something about the games – or failing that – has inspired us to pursue poker with the same determination as 007 did in the absolute blockbuster Casino Royale. Before we jump in the spectrum of complete fiction, though, let’s take a look at a few viable strategies that the movies have taught us.

Daniel Craig will return in the 007 series for Casino Royale, a movie that raises the stakes high. When MI6 decides to play a terrorist in a game of poker, no other agent is better qualified than Daniel Craig. Yet, you are probably asking yourself – wasn’t the movie a rather glorified picturing of poker? Well, it was.

But you can still learn how to behave at a highly-contended table. Daniel Craig never cracks – not even an assassin attacks him with an ax in a corridor on his way to his hotel room. Well, when it comes to your own games, we are sure that it won’t come to that but learning how to read the “poker face” of your opponent is often mentioned in articles on professional poker so it must be more than just fiction.

Atlantic City and Las Vegas dread the day a word counter walks into the casino floor of one of their many properties. You see, despite the best technological advancements, mathematicians and physicists pose an ever-present danger to the world of casinos. Probabilities are hard scientists’ bread and butter and it’s no surprise that Las Vegas posted its worst week ever when there was a physicists convention in town.

Raid the casinos, as it is. But this is not a story about mathematicians, well not entirely. Rather, we will talk about the Robert Luketic’s “21” movie, which tells the story of the famous MIT Blackjack Team. A bunch of math majors who went to study at one of the most prestigious schools in the country, but came across Professor Micky Rosa, who picked up on their talent.

Did Professor Rosa encourage them to pursue science? Surely. However, Kevin Spacey’s character had another idea about securing the future of his students – by counting cards and winning millions of dollars.

This is the true story of the MIT Blackjack Team – well at least the concept is truthful. Otherwise Luketic’s movie is an interesting series of twists and turns in which Professor Rosa is the bad guy and he wants to keep his students playing. In real life, the MIT team went on to make millions of dollars around the world – hire more people – and teach them how to count cards.

Let’s just say that card counting is a viable strategy, but because of MIT, casinos are paying quite a lot to catch these people in the act.

Have you heard of Stu Ungar? Well, you must have, because he’s one of the few players to win 2 back to back WSOP events and to make it during a third event while suffering from terminal cocaine addiction.

Mr Ungar is one of the most charismatic characters Hollywood would ever throw at you, and so far as strategies go, he’s enigmatic. He managed to win his third WSOP title after falling asleep and almost losing everything the first thing around.

A little pep talk from a friend and Stu Ungar fought to his dying breath to secure the future of his wife and daughter – which he did. What strategy can you pick from the Stu Ungar Story? It’s difficult to say. The movie focuses on his life more so than on his card playing, and you can see why.

Ungar is a compelling figure in modern poker and he defies strategies – he was an example of how having a gut feeling about the cards could lead you to victory or it could completely lose your hand. Well, Ungar was advanced enough to know that the latter was only a matter of bad decision-making which he avoided to do as a rule of thumb.

For an observant and emotional viewer, the Stu Ungar Story will be mostly a source of sadness than teaching you a viable poker strategy, but it’s important that we study some of the best names in the game of poker – and Stu Ungar is one of those names, no questions asked.