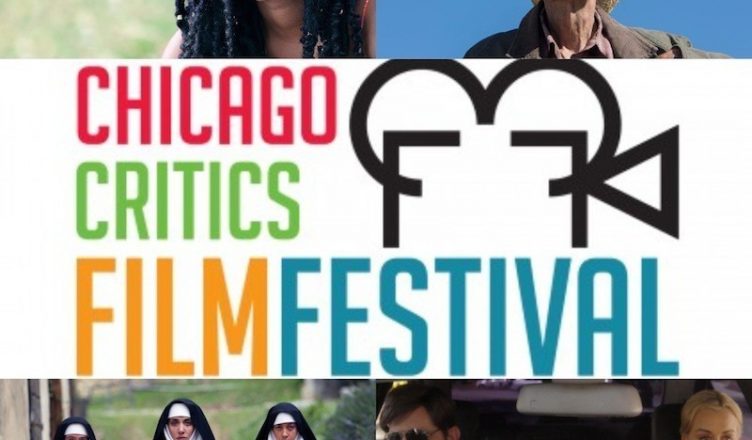 For the past week the Chicago Film Critics Association (not the film critics group I’m part of) put on their 5th annual Chicago critics film festival. The event took place from May 12-18 at the historic Music Box Theater in Chicago. The event brought together filmmakers, critics and moviegoers all together. This was my first year of attendance at the festival and I was impressed.

I didn’t get to attend every day, but I did attended the opening night and during the week. The festival opened up with Jeff Baena’s The Little Hours, starring Aubrey Plaza, Dave Franco, Alison Brie and Kate Micucci. This was an outrageous, entertaining comedy about foul mouthed medieval nuns that are on the prowl for sex. Their target—Dave Franco. Baena, Plaza and Micucci were in attendance for the premiere. Unfortunately I wasn’t able to get an interview, as they left after the Q&A. 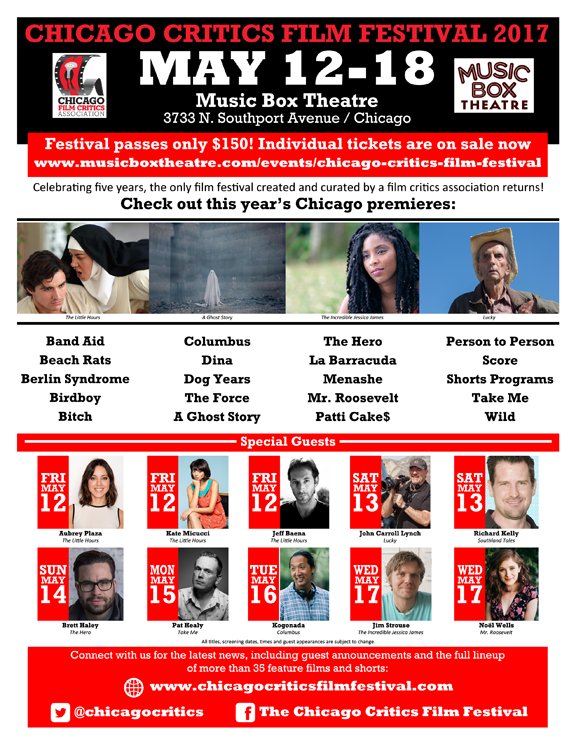 I wasn’t able to attend night two, but from the response of my colleagues it was spectacular. John Carroll Lynch’s Lucky was the highlight of the night. Lynch was in attendance. Would have loved to meet him and apparently he was available for interviews and mingled with everyone and did a post-film Q&A. Saturday night also featured the 10th anniversary screening of Southland Tales in 35mm, with director Richard Kelly in attendance and part of a Q&A.

Sunday, director Brett Haley’s Hero screening, starring Sam Elliott and Nick Offerman. Haley was there for the Q&A also. The movie that I was most excited about also screened Sunday night, which is the upcoming Berlin Syndrome. I really liked Berlin Syndrome, not just because Teresa Palmer stars in it, but it’s one heck of a psychological freaky thriller.

The festival closed with David Lowery’s A Ghost Story, starring Casey Affleck and Rooney Mara. This is a highly anticipated film that’s releasing later this summer.

Overall, the festival had a very nice turnout with sold out shows. At least the times I attended. Apparently opening night and closing night sold out. The CFCA did a really good job acquiring these movies and bringing in some of these acclaimed filmmakers and actors. The only thing I would have liked would have been is some sort of arrangement for the press to interview these filmmakers. If they are there already, why just limit it to Q&A. In all fairness though, they did appear to be accessible after the shows from what I’ve seen on social media from my colleagues, but not on the opening night with Baena, Plaza and Micucci.

I’m interested to see how much bigger or better they can get next year. I’d say stick to the formula they have managed until now, maybe bringing back the red carpet will add more of a prestigious feel. If you attended the festival, I’m sure you had a good time. In my eyes, the 5th Annual Chicago Critics Film Festival was a success. Kudos to the CFCA for putting on a very professional showcase. I’m sure my group the CIFCC, and our members can take something from this festival. Until next year.