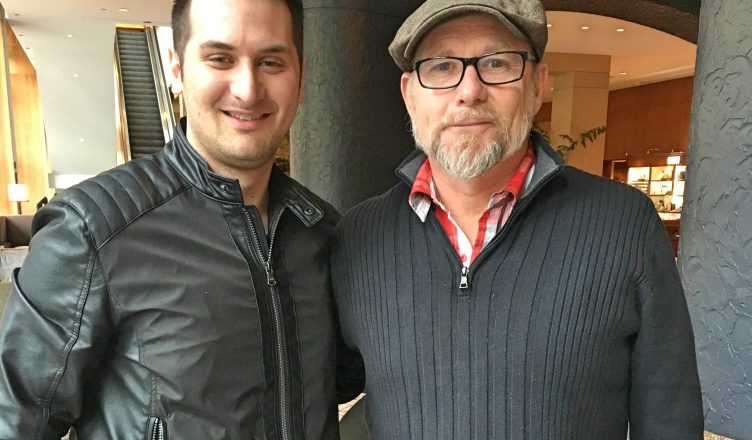 Tommy’s Honour director Jason Connery made his way through Chicago for the promotional tour of the film. I had an opportunity to speak to Connery about the movie. One of the things Jason talked about was focusing on the story of Tommy Morris and leaving the golf as the backdrop of the film. Check out the entire audio of the interview below.

Before I get into it all, yes, Jason is the son of legendary actor Sean Connery. The man bears a high profile name. I didn’t choose to ask him about his father, because I didn’t feel it was relevant to this interview and wanted to focus on him as filmmaker. I must say my interview with Jason was a bit different than what I’m used to. He lead majority of the interview. Not that it’s a bad thing, but Jason really put in time to elaborate and give long answers, which actually made it really easy on me. He had a lot to say about the film and really gave me some fantastic insight to it.

I appreciated Jason’s honesty. At one point when we discussed the potential audience perception of the film, I did feel some concern from him about how people might view it and base an opinion without seeing it. It’s an honest concern from someone who really seemed to have poured in a lot of emotion and work into the project. It surprised me that the film took over six years to make. That’s more than half a decade to bring a film to life. That’s a big time investment and devoted years. I felt I learned a lot more about the movie talking to him. My impression was that he’s a serious individual that has a lot of passion for his work and this film.

Tommy’s Honour is out now in theaters

For more on this film, check out my new movie website Reel Talker