You probably never thought of good document management as an exciting storyline, but these five films definitely prove otherwise.

From a passport mix-up with huge consequences to a legal technicality that drives complete personality reform, these films show that seemingly small things can have big, big consequences.

A classic amongst children and adults alike – and also a great example of documentation gone wrong. If you’re not familiar with the plot of Monster’s Inc., the story centres on the Monsters. Inc. factory, based in the parallel monster world of Monstropolis. The monsters of Monsters Inc. sneak into the human world at night and scare children, eliciting screams that are converted into the energy that runs the monster universe.

The dramatic tension comes when a small girl comes back through a portal that was left open, and threatens the entire existence of the monster world.  Sulley and Mike – our two unlikely monster heroes – try and smuggle the girl back home, but the slimey Randall is desperate to keep her, and use her to forcibly extract screams.

Corruption at the height of Monsters Inc. means the CEO is secretly in cahoots with Randall’s extravagant child-torture plot, and Mike and Sulley are banished to the human world in an attempt to circumvent their meddling.  More screams equal more energy, which equals more profit, after all. Luckily, Mike and Sulley’s warm hearts win in the end.  The CEO and Randall are arrested, and Sulley takes over as Monsters Inc. CEO, where he switches the business model from screams-to-energy into laughter-to-energy, and all is well in the monster and human worlds.

While the conclusion is both heart-warming and satisfying, there wouldn’t be a Monsters Inc. film at all if people hadn’t bypassed their job description. Shoddy paperwork management meant Randall was able to hatch a dramatic kidnapping and scream-extraction plot without detection, and the CEO was able to secretly support this. Corruption and document mismanagement are a potent combination – in the monster world as much as the human world!

Compared to Monsters Inc., you’re less likely to have seen Brazil but this 1985 Terry Gilliam film is definitely worth a watch. Set in a consumerist, dystopian future where we’re heavily reliant on machines, Brazil centres on Sam Lowry. Sam is a low-level government employee who spends his days daydreaming of saving a beautiful woman stuck in a cage, and steadfastly ignoring his mother’s hopes for his promotion.

Against this backdrop, the plot of Brazil begins in earnest with a paperwork mix-up that sees cobbler Archibald Buttle accidentally arrested instead of one Mr. Harry Tuttle. Archibald is arrested with much chaos, and brought in for interrogation – at which point a fly flies into an office printer, causing Mr. Buttle’s accidental death.

Sam’s regimented existence is disturbed when he’s asked to resolve the mix-up. He travels to Buttle’s widow and meets Jill, the neighbour, who is helping Mrs Buttle hunt for the truth surrounding her husband’s death. Sam realises instantly that Jill looks just like the woman from his daydreams and tries to help her, despite the government’s prerogative to cover-up the crime. When he discovers that Jill is to be arrested, he hunts for her details and falsifies her records, faking her death so she has time to escape. Sadly, his rescue is ultimately unsuccessful and Jill dies. Sam is ultimately captured and tortured by the government in scenes similar to Orwell’s 1984, where he descends into blissful madness.

Paperwork, in Brazil, has a lot to answer for. The initial Buttle-for-Tuttle mix-up was only able to occur because of administrative error – and, ironically, Tuttle used to work for the government himself but left because of his hatred of paperwork. There’s even an iconic scene where Tuttle gets completely lost in paper. Then, lack of document security meant Sam was able to falsify Jill’s records, which ultimately led to his capture, torture and descent into madness. Had the government made smart use of document comparison and management software and other document management systems, disaster might have been totally averted! 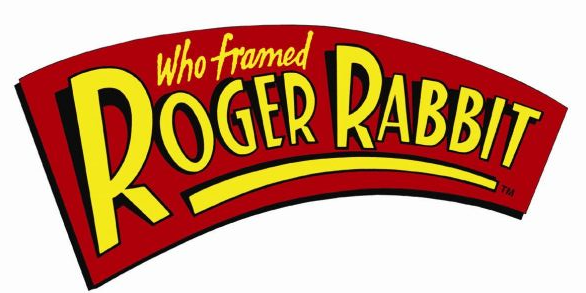 Madcap 1988 film, ‘Who Framed Roger Rabbit?’ centres around a high profile murder and the loss of a will that details the legal ownership of  ‘Toontown’, an animated area of Los Angeles, where the hard working “Toons” of America live. Hard drinking and prejudiced private detective, Eddie Valiant, becomes the unlikely champion of the endangered Toons when Marvin Acme, owner of both Acme Corporation and Toontown, is discovered dead at his factory by the Los Angeles Police Department. All the evidence points to Roger Rabbit, the star of Toon Town, and (alleged jealous) Husband of Jessica Rabbit as being responsible.

Roger’s toon co-star, Baby Herman, believes Roger is innocent and that Acme’s missing will, which will give the toons ownership of Toontown, may be the key to his murder. 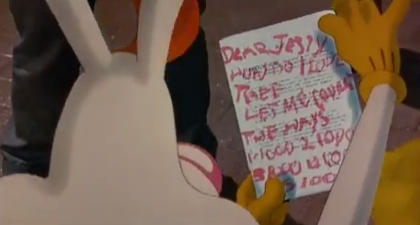 “I, Marvin Acme, of sound, mind, and body, do hereby bequeath the property known as Toontown to those lovable characters, the Toons.”

Roger discovers that he inadvertently wrote his love letter for Jessica on Acme’s will, which was written in disappearing-reappearing ink.

The film deftly navigates the intricacies of murder-thriller, legal drama and high octane animated mayhem, ultimately becoming a cult classic for generations. But the whole thing could have been over in two scenes if Marvin Acme hadn’t had such a warped sense of humour and simply uploaded his will to a secure storage area and saved everyone the trouble of finding it!

One of three Jim Carey, Tom Shadyac pair-ups, Liar Liar is a 1997 comedy that centres on careerist lawyer Fletcher Reede. A notorious liar who’s adept at getting his own way, Fletcher comes unstuck when his son Max makes a wish that his father has to be truthful. That’s what happens when you miss your son’s birthday, then lie about where you were…

Fletcher is in the middle of a difficult divorce case with his client, Samantha, trying to secure a lucrative divorce settlement. His newfound inability to lie leads him to provoke Samantha on the stand into admitting she’d had an affair. This broke her prenuptial agreement and would then mean she’d forfeited any right to a divorce settlement. Her case didn’t look good.

Luckily, Fletcher scours the documents to spot a technicality that rendered her prenup void. Samantha was then entitled to half her ex-husbands estate, and Fletcher could celebrate winning his case – truthfully, without a single lie.

You’d think Fletcher would be thrilled, and he was, until Samantha uses her children as a blatant pawn to get more money from her husband. He sees the truth, that she’s a money-grabbing, cheating so-and-so, and that the husband was in the right all along. He loudly begs the judge to reverse the decision, and is arrested in contempt of court.

The film continues in much the same chaotic fashion, but this burst of conscience back in the courtroom is the beginning of Fletcher’s redemption. He becomes a better, more honest, more moral man and ultimately this allows him to reconcile with his son and ex-wife. The courtroom is also a fantastic example of the power of paperwork, as it’s a genuine technicality in a legal document that is the catalyst for this whole scene. It might be a small thing, but if Fletcher hadn’t read, re-read and re-read the paperwork again, the film might never have got off the ground… 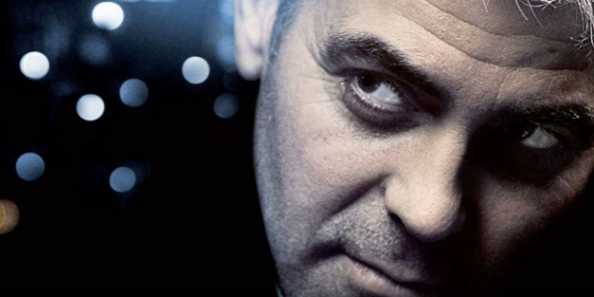 This 2007 film starring George Clooney as legal ‘fixer’, Michael Clayton, pits ethics against commercial gain and results in a classic redemption story, although not nearly as heart-warming as that sounds.

One of the firm’s leading attorneys, Arthur Edens, has a manic episode in the middle of a deposition in Milwaukee involving a multi-billion dollar, six-year-long class action lawsuit against U-North, an agricultural products conglomerate. Karen Crowder (portrayed by the unnervingly intense Tilda Swinton), U-North’s general counsel, discovers that Arthur has possession of a confidential U-North document detailing the company’s decision to manufacture a weed killer it knew to be carcinogenic. Crowder has Arthur killed to conceal the truth.

Michael, grieving Arthur’s death, becomes suspicious after finding out that U-North was planning a settlement, and gains access to Arthur’s sealed apartment. Finding a receipt from a copy store being used as a bookmark, Michael discovers that Arthur had ordered 3000 copies of the confidential U-North document. Michael takes one copy with him; and two hit men inform Karen. Michael is about to show his boss Marty Bach what he has discovered, only to be offered a renewal of his employment contract as well as an $80,000 bonus he had requested. An additional confidentiality agreement allows Michael to realize that his boss, already knows about U-North’s cover-up.

Later, at a U-North board meeting, Karen suggests going ahead with a new settlement agreement in the class action lawsuit against the company. Leaving the board of directors deliberate, she is shocked when Michael confronts her in the foyer. Telling he has possession of the U-North memo, and knows about her role in Arthur’s murder and the attempt on his life, he goads Karen into offering $10 million for his silence. Karen agrees, whereupon Michael reveals a cellphone in his pocket that has conveyed their conversation, police arrive and arrest those involved.

This film could have been changed in two ways, if U-North’s document management system had been more secure then Arthur would have never been able to find the evidence used to bring the company down. Conversely is Arthur had used an electronic means of copying, and saved his documents in a secure server, then his death could have been averted as the physical copy wouldn’t have been the only evidence he had.

Document management might seem dull, but these films prove the consequences of mismanagement definitely aren’t!