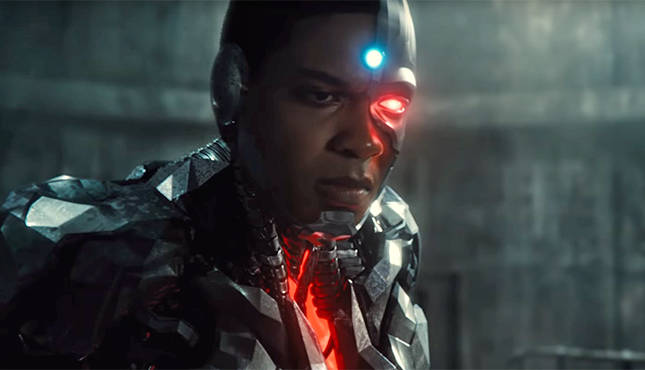 Ray Fisher is one of the most surprising castings for the new Justice League movie, so it is interesting to see what he thinks of his first major movie role in Hollywood.

Rhode Island Comic Con kicked off, and the Cyborg actor got to answer questions and speak first hand with the crowd, as he described what it is like to play such a iconic and new character on the major screen.

Citing from Comicbook, Cyborg stated just how millennial he really is, as he describes growing up watching Cyborg in Teen Titans as well as being introduced to the DC comic world through the legendary Batman: The Animated Series.

“I actually grew up watching a lot of these cartoons – a lot of the animated series. Batman: The Animated Series, Justice League, all the stuff that would come onto Cartoon Network,” Fisher told delighted fans. “My first encounter with Cyborg was through the Teen Titanscartoon.”

It feels good to hear that, because it seems like Ray Fisher is living out many people’s child hood dream, of playing the live action version of some of their favorite cartoon characters growing up.

While the rising star may have seen a lot of the DC comic animations on TV, he does say that his character may differ a bit from the cartoons, as he discusses just how different the actual comics can be.

“Once I was cast, though, they send you a whole library of stuff about the character so I ended up being able to fall in love with the comic book version which can be very different,” he explained. “I feel like I know him like the back of my hand, but there’s always somebody who knows a little more than me about things.”

Cyborg was a surprising addition to the Justice League movie, since his character regularly would be replaced by the likes of the Martian Manhunter or at least Green Lantern.

Either way, I have liked what they have shown from Cyborg thus far, and I think Ray Fisher is a perfect fit for the role as he at minimum looks just like the part of Victor Stone aka Cyborg.