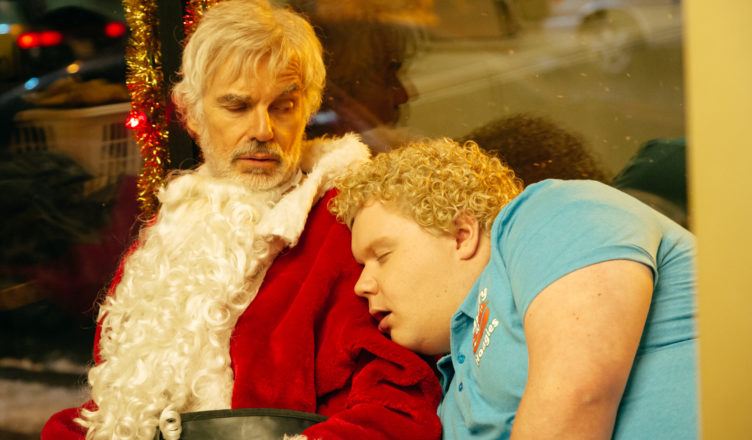 I remember watching the Bad Santa movie waaaay after the theatrical release and discovering comedic platinum (fuck gold). The movie cemented Billy Bob Thorton as one of my favorite faces to see in a comedy but I was apprehensive when the sequel was initially announced. How can they recreate the magic after all of these years? Will it just be a film that fails to satisfy the unrealistic expectations from the cult following that the film amassed?

Here’s the NSFW trailer for Bad Santa 2. If you’re easily offended, please leave the room… then get a life. #ThisIsBS

Holy mother of goosenips I disturbed people next to me with my reaction to this trailer. I seriously think I have a few folks concerned about my well-being at this point but I DON’T CARE! This trailer is funny as fuck and the trailer alone warrants water cooler talk. I love that the cast is all back and they’re actually picking up on small story points from the first movie.

Amazing what good writing can do. Now if only Will Ferrell would re-think his stance on an Elf sequel…