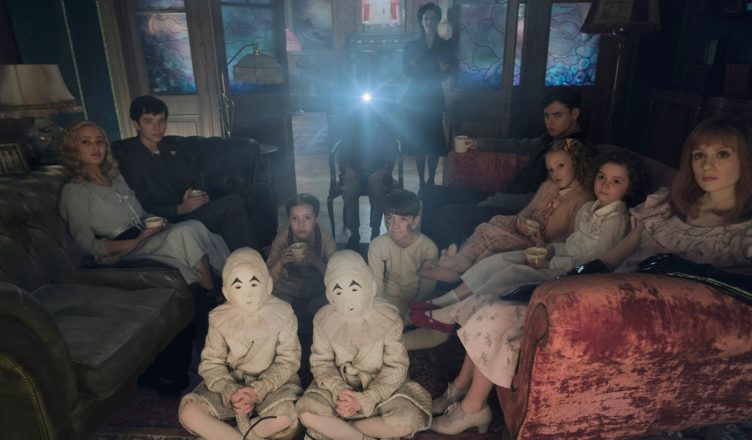 From visionary director Tim Burton, and based upon the best-selling novel, comes an unforgettable motion picture experience. When his beloved grandfather leaves Jake clues to a mystery that spans different worlds and times, he finds a magical place known as Miss Peregrine’s Home for Peculiar Children. But the mystery and danger deepen as he gets to know the residents and learns about their special powers…and their powerful enemies. Ultimately, Jake discovers that only his own special “peculiarity” can save his new friends.

Screenplay by Jane Goldman, based upon the novel written by Ransom Riggs, published by Quirk Books

Something about this movie is tugging at my heart. It may be that it has a visual and tonal similarity to the Harry Potter franchise. It could be that it’s just Tim Burton working with a story that he feels especially motivated with. It could just be the lovely musical accompaniment despite questionable casting. There’s a lot about this trailer that evokes a hybrid of Harry Potter, X-Men, and a little bit of Alice in Wonderland that is tugging at my curiosity too.

This film is remaining on the radar for the time being.