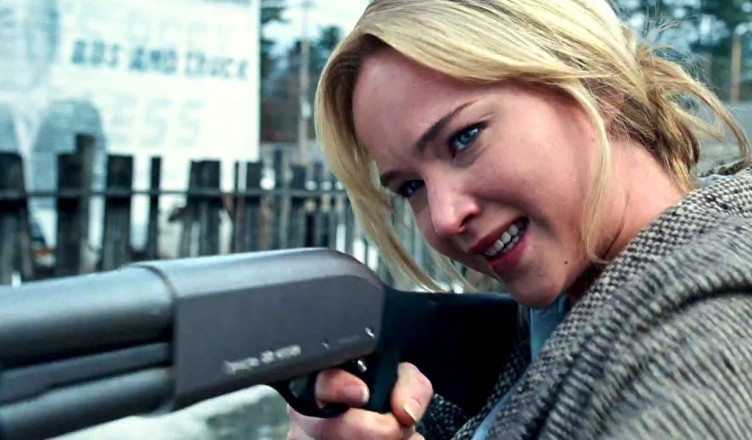 Joy is the story of a family across four generations and the woman who rises to become founder and matriarch of a powerful family business dynasty.

David O. Russell’s Joy is surprisingly cynical for such an optimistic movie. Despite the celebratory tone to the rag-to-riches story of Joy Mangano—the Miracle Mop magnate—what she has to fight through isn’t so much red tape issues like patents and manufacturers, or a systemic issue like sexism, but the leeching, draining, selfish, and stupid members of her own family. She has to shed her loved ones to enjoy success–that, my friends, is a harsh message to receive at Christmastime. Joy is a little like Citizen Kane. Both films focus on characters who are successes despite struggles in their personal lives, and both characters are isolated on their quest to the top. Juxtaposing them is interesting, too, as Kane is cynical but sentimental, while Joy is cynically optimistic. Both films are supremely cynical, though it doesn’t appear to be an intended affect in Joy.

I’d go as far as to say Joy could’ve been a modern Citizen Kane. In a technical sense, Joy wouldn’t be worthy to mop the floors of Xanadu. But we’re not talking deep focus, we’re talking stories that dissect American idealism, ones that have to do with the murky equation that hard work will pay off somewhere in the millions. But the nebulous thoughts that brought me to make such a connection melt when met with the harsh heat of reality. And the reality is that Joy is incredibly shallow, and poorly executed. Joy battles her father, Rudy (Robert De Niro), a complete asshole who is dumped in Joy’s overcrowded house by his most recent wife who has had enough of him. But Joy already houses her mother, Terry (Virginia Madsen), Rudy’s ex, who is glued to her mattress watching soap operas and acting like a useless fool; her grandmother, Mimi (Diane Ladd), who suffers from old bitty syndrome, whose enthusiastic, unwavering support is still annoying; her daughter, who is little, young, and inconsequential; and her ex-husband, Tony (Édgar Ramirez), a flop of a lounge singer who lives in her basement. Alone this would be enough to put down the mop and pick up a gun, but there are more nuts in the madhouse. Peggy (Elisabeth Röhm), Joy’s half-sister, is a snarling, truly horrid beast with a Marcia complex (see: The Brady Bunch). And Rudy’s new girlfriend, Trudy (Isabella Rossellini), is a wealthy widower who ends up as the sole financial backer to Joy’s enterprise, and is another stick in the mud on Joy’s long, torturous road to success.

Every character in Joy exists for one purpose—to make her life hell. Her few allies—a friend played by Dascha Polanco, and the aforementioned grandma and floundering ex make up her contingency—are hardly a match for her bloodline foes. The lack of depth in any of these relationships reduces all to caricatures—and uninteresting ones, at that. Virginia Madsen’s character is so useless they give her a haphazard love affair so we don’t forget she’s in the movie. And De Niro, who seems to exist in O. Russell’s universe as the constellation, Bad Parent, phones in a bunch of jerky fast talk that is like how he used to go on in his old Scorsese gangster flicks, except he doesn’t end up beating anyone to death, he just keeps rambling. Joy is mildly intriguing on most every level, and on most every level it is a letdown. O. Russell seems infatuated with soap operas—the film cold opens to an exaggerated black and white soap episode, and they continue throughout the movie to haunt Joy’s dreams. But its recurrence as a theme isn’t transparent enough to make heads or tails of it, nor is it surreal or opaque enough to warrant deeper thought. There is no commitment either way. What’s obvious is how little O. Russell wanted to drift from trumpeting the virtues of perseverance, ingenuity, and triumph.

My mother said of Joy, “Who cares? It’s just a mop.” But it isn’t about a mop. It’s about the woman using it. The feminism in Joy is a bit outdated. It’s of the “pants over skirts” variety, the “you don’t need a prince charming” message that maybe served more people better fifty years ago. An unflattering Joan Rivers character (who is played by Joan’s real-life daughter, Melissa Rivers, in the winner for the best Mommie Dearest moment of 2015), personifies the kind of sexism Joy is up against with her “show some leg” advice (Rivers was a home shopping personality before Joy). She’s the closest we come to an outright sexist, and it’s just a weird way to illustrate its presence. O. Russell’s fogey feminism doesn’t have the intended effect. With the nuclear coolness of George Miller’s modern feminist manifesto, Mad Max: Fury Road, setting the bar high for integrating social politics into Hollywood crowd-pleasers, maybe Joy should’ve spoken more naturally for itself, instead of making such an unwitting token gesture.

It’s true that Jennifer Lawrence’s performance finds something interesting within the timidity of the role. Lawrence embraces the restrain from theatrics, from monologues, tears, and melodrama, and anything else that might possibly make Joy more animated, and in the process possibly less “likeable,” something more than a two-hour anecdote. Her performance embodies exhaustion—her exasperated silence in most scenes speaks loudly. Joy is always tired—impromptu naps take hold of her on the stairs. Her shirts are stained, her hair flat, and her patience with her family stems from being too tired to argue. She outshines De Niro, and fends off Bradley Cooper’s valiant effort to hijack their scenes together (yes, Bradley Cooper leaves a large footprint in Joy as a QVC executive, a guiding light on how to sell crap on television). But Jennifer Lawrence, as is true in many of her films, isn’t enough to drag this puppy from the dregs of last-second Oscar considerations—the lowest rung of film appreciation.