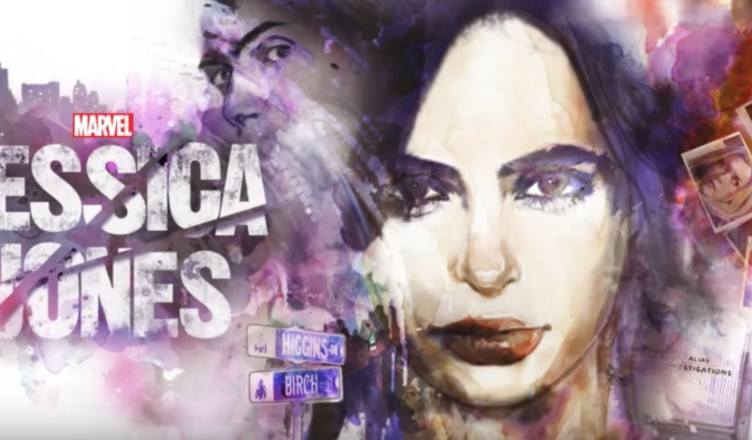 This review is going to be a little longer than most due it being an entry based on a thirteen episode show versus a two and a half hour movie. Which leads me to my next thought. Sorry for taking so long to drop this review, but watching a season is a lot to digest. With that being said, Jessica Jones is not better than the Daredevil series. So, if you are coming in with the same exceptions, you will be sorely let down. As its own, it is an okay show. Yes, it is just okay. Specifically, for every positive, there’s a negative to knock it right back down. Krysten Ritter as Jessica Jones:  I don’t know how Jessica Jones is in the comics, but on the television show, she is a flat-out annoying character. With her being too hard-headed and head strong, her character borderlines on being unrealistic. Her planning skills are in par with The Hulk’s (meaning none). This is frustrating because it causes unnecessary problems causing the main storyline to become derailed. I’m not saying that the main character has to be perfect, but bare minimum, I would think fans want a character to be somewhat relatable. Jessica Jones was probably my third least favorite  person out of the whole show. Mike Colter as Luke Cage: I wish he was flushed out a little more, but I know he’s getting his own television show. And, they are most likely saving all of his major character development for that, so for the most part there are no complaints. What I will say is that I like his interaction with Jessica. It follows similar to the comic books. All and all, Mike was probably the second best character for me. Rachael Taylor as Patricia ” Trish” Walker: Patsy, Patsy … I’m on the fence about her. I knew her as Hell Cat. A martial artist with a little bit of psychic abilities. In this version, they totally revamped the character. It is not so much in a bad way. At times, she is the voice of reason, and other times she is a side-kick that keeps getting in the way. In the comic books as well in the show, she refuses to be weak. But, that stubbornness leads her to in more than one compromising situation. Believe me that’s putting it mildly. The good news is that she didn’t feel as a waste of space as other characters of whom I shall mention very soon. Wil Traval as Will Simpson:Without giving too much away, Will was a great character during the first half of the season. He could fight. He spoke up. He actually had well thought out plans unlike certain people … like Jessica Jones … cough cough. During the second half of the season, Will checked out. It was more apparent that he became chaotic, which was weird because it came out of left field.  In the process, he managed to lose what made him great in the season’s first half and that was him being contributive to the show and having purpose. The writers had an eureka moment when they did a total 360 on his character. I see what they were attempting to do, but it didn’t work out. Carrie-Anne Moss as Jeri Hogarth: Hmmm, Jeri was an enigma during the show. At times, she was strong, scary, and dominate … which was attractive for some strange reason.(Confession: Don’t judge me. I was scarred as a kid.) However, there were times that she was weak and acted as a powerless little girl who with the slightest wrong move could cause her to break. But, you never know what you are going to get with her, but one thing I can say is she is never a bore. NOTE: The writers gender swapped Jeri who is originally a male in the comic books.  But, this swap worked to the advantage of the show. I am usually against shows switching a character’s race, sexuality, or gender, just to please a certain demographic. However, pay attention people. This is how you switch things around, and ensure that the new version of the character embodies and truly owns the new changes. David Tennant as Kilgrave: Kilgrave a.k.a Purpleman is  hands down the best part of the show. I really didn’t think I was going to like him too much. All the promotional stuff I seen kind of turned me off. But, all those things that made him different became the platform for him to come out swinging. From his purple suit to his British accent. I ate everything this man gave me. You will be amaze on how depth and layers Kilgave has.  He was written and portrayed in the utmost class. I am going on record to say he is actually better than Purpleman in the comic books.

Robyn and Malcolm Ducasse: THEY ARE THE WORST CHARACTERS IN HISTORY. Every time they are on screen, an aura of I don’t give a fuck fills the air. They contributed absolutely nothing to the overall story. Seriously, when they pop up on screen, go watch grass grow or paint dry. I guarantee that you won’t miss anything. Flat out, if anyone of them are in the second season, I’m not watching it.

Now for the Story

Jessica Jones plays fast and loose with the Deus ex machina. The Merriam-Webster Dictionary (2015) defines this noun as an unexpected power or event saving a seemingly hopeless situation, especially as a contrived plot device in a play or novel. Take that definition and read closely when I write,  for every problem that arises you can bet your bottom dollar that there’s a Deus ex machina to help solve a situation. It goes from oh that’s convenient to get the fuck out of here that’s bullshit. The action is without a doubt a low point of Jessica Jones. Full kudos for the writers staying true to the comic-book and not making them Kung Fu masters. But, man they could have gave them some type of fighting skills to make it entertaining. Every punch, every kick, every throw looks painfully choreographed to the point, it takes you out of the show. Granted it adds to the realism, but I’m already watching a private detective who can fly and bust down walls … I think I can stretch my suspension of disbelief just a little bit further. But, it’s not all that bad. The chemistry between the cast was the pinnacle of perfection. Everyone played well off each other, and that gave a certain smoothness to every scene. The P.I. stuff was pretty cool to see and I have to give it to them. The sex scenes were pretty damn awesome! The music was spot on, noticeable but not over powering. The villain was flipping fantastic.

Overall, Jessica Jones is an okay show, with good writing, blah action, superb acting. Plus, if you’re a marvel fan like me, you’ll find even more enjoyment looking for all the Easter eggs (believe me there’s a fair amount). My official opinion is don’t stop watching none of your seasonal shows for Jessica Jones. But, if there’s a mid season break, definitely give it a shot. You won’t be (too) disappointed.

How does Jessica Jones connect to the Marvel Cinematic Universe? I guess you just have to wait for my next blog to find out.