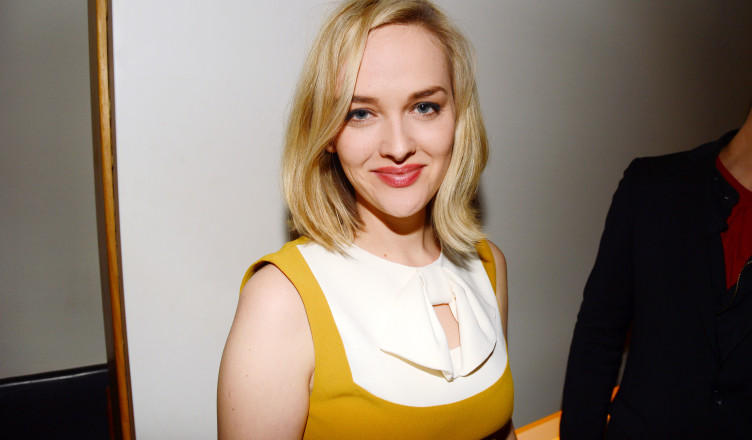 Upon the release of “Apartment Troubles” (available on DVD), I had an opportunity to speak to Jess Weixler who co-wrote and directed, as well as starred in the film. Below is the audio of the interview and highlights of the interview.

On her approach to the film: It was really a surprise, I had gone to  New York to shoot the good wife for I didn’t know how long and I winded up being roommates with Jennifer.

Getting to the writing process: We just kinda sat down and wrote it. It was really fun to just do that with a friend. We quickly went from being two girls who just met to being like inseparable best buds over the course of those four months.

On her relationship with Jennifer Prediger: We just naturally have a comfort level with each other and we did sort of right away when we first met where we felt we could be pretty blunt with each other, which I think is a sign of closeness.

The scene with Will Forte: I got stranded with my friend who I was traveling with and we didn’t have a vehicle and we were in the middle of nowhere and we wound up hitchhiking in Ireland and got in this guys car.

Working with a strong supporting cast: So our supporting cast was crazy. We shot everything before they each kinda blew up. Jeffrey (Tambor) and Will  now have these hit shows that are everywhere, but we kinda got them both before they each started shooting those shows. I’m sure they would be borderline impossible to get now, but they were both friends.

Her experience being in Teeth: That movie was such a blast, while I was making it I had this feeling of oh my gosh what are we doing? What am I doing,? I’m going to be the vagina girl for the rest of my life.

Post-Interview Reaction: Jess was a blast to speak with. We had some phone connection issues, so the interview was cut short unfortunately. I really enjoyed hearing her Ireland hitchhiking story. She was very energetic and seemed to have a good time talking to me, which is what makes it that much enjoyable to speak to her.

Apartment Troubles is available on DVD on October 6, 2015.