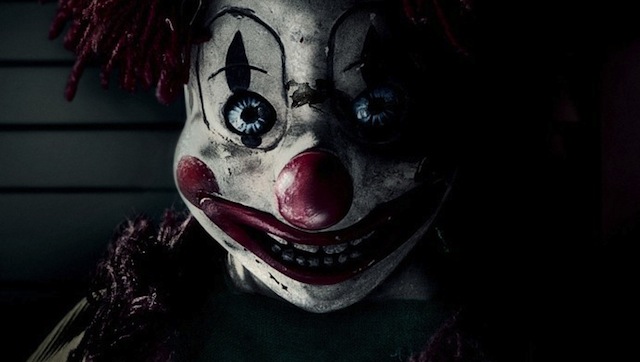 Synopsis: A family whose suburban home is haunted by evil forces must come together to rescue their youngest daughter after the apparitions take her captive.

In the age of remakes, “Poltergeist” seemed like an obvious choice to debut a new version of the film. Thirty three years after the original, the 2015 version of the film underwhelms. Directed by Gil Kenan (City of Ember, Monster House) and starring Sam Rockwell and Rosemarie DeWitt, this updated version stays faithful to the original story, but with a modern influence (they make usage of cell phones, tablets, etc.). The Bowen family moves into a suburban town to for a fresh start. Soon the family discovers a supernatural evil force taking over their home and it’s appliances. The youngest daughter is taken by the evil spirits and the family must find a way to get her back.

It’s difficult to remake a classic, and the original “Poltergeist” was just that. Kenan’s attempt to modernize this version is ambitious, but looks corny. The use of electronic devices is heavily incorporated into the movie, and rightfully so, but it just feels too easy and non-creative. The TV  is still featured as the primary link between the youngest Bowen daughter and the spirits, staying true to the original. The other two Bowen kids are spooked through their cell phones and tablets. Minor spoiler alert: There is a scene where one of the kids gets sucked up and tangled by a TREE! It just looks silly.

The cast is lead by Sam Rockwell who plays the father Eric Bowen, the mother Amy is played by Rosemarie DeWitt. Both Rockwell and DeWitt are talented performers, and their talent is mostly underutilized in this film. They mainly just react to the events happening around them. On the positive their interaction with the kids feels authentic. The kids use foul language at times and the parents just let it slide without any notice, which is both awkward and fairly realistic to today’s culture. Saxon Sharbino plays the oldest child Kendra. Sharbino is a talented young actress that was featured much better in the film ”Trust Me” than she is here. Kyle Catlett plays the son Griffin, and Kennedi Clements is the youngest child Madison, and she’s adorable. Almost feels wrong that the cute little kid is the one abducted by the spirits.

The Blu-ray features include an Extended Version of the film not seen in theaters. Alternate Ending of the film. Also included is a Gallery and Theatrical Trailers.

Overall, “Poltergeist” doesn’t stand out among any of the current horror films out there. The scares are predictable and cheesy. A mud hole with a hand grip erupting from a concrete basement floor attempting to snatch Kendra says it all. The attempts to stay true to the original film were commendable, but the concept doesn’t work well in today’s world of technology. Spirits don’t have to suck you inside a 7o pound TV set, instead people are already sucked into their 3D televisions, no spirits needed for that. Maybe they should just do another Poltergeist remake and have the electronic devices act as the supernatural forces stealing our souls and identities? Now that would be a realistic horror movie that relates to today’s day and age.