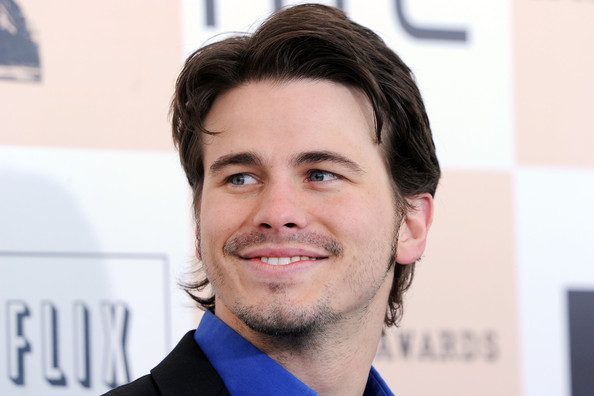 Thanks to the great people at Falco Inc. I had a chance to speak to actor Jason Ritter upon the DVD release of his latest film 7 Minutes. I’m a huge fan of Jason’s work and really enjoyed him in The Event, The East, and About Alex among others. Below is the entire audio version of the interview with Jason. At the bottom, make sure to check out this exclusive storyboard clip from the movie.

In 7 Minutes, Jason plays a character named Mike in the movie. Mike is a character that’s very different (dark, rugged, dangerous) than most Jason has played to this point. “There is this special sort of feeling when you know something that the character doesn’t know yet,” Jason said was a thought he had while reading the script.

When talking about what he saw in the character of Mike in relation to himself, “The deeper you dig into a person the more common ground you see and try to find.”

Jason was attracted to the script and the story of these individuals, “What I liked about the script is that it humanizes these guys.”

7 Minutes is a fairly raw and violent thriller, Jason describes it as, “The violence in the movie is always unsettling.”

I was curious how Jason prepared for this role which isn’t that of the nice, clean-cut, happy guy, “I’m always fascinated by people who are at that point of desperation,” he said referring to his preparation for the film.

In the interview I ask Jason what it was like to grow up in a famous showbiz family (son of TV legend John Ritter), he talks about the pressures he put on himself when he started out in the business, but also the support he had from his parents,”I think my parents did me a favor by taking me seriously.”

Jason talks about the feelings of doubt he had going on auditions, “There were times where I would let it overwhelm me and I would feel pressure and embarrassment.”

I really enjoyed this interview with Jason. He appears to be a very humble and a gracious person. Talking to him you wouldn’t know he’s a famous Hollywood actor, seems very grounded, I’m sure it was due to the way he was raised. A class act for sure, I’m looking forward to his various upcoming projects. It’s only a matter of time until he becomes a household name, if he isn’t one already.

Apologies for the dog in the background, rustling window shades, and recorder noises, it was a windy and wild day here in Chicago.

Here is a clip from 7 Minutes