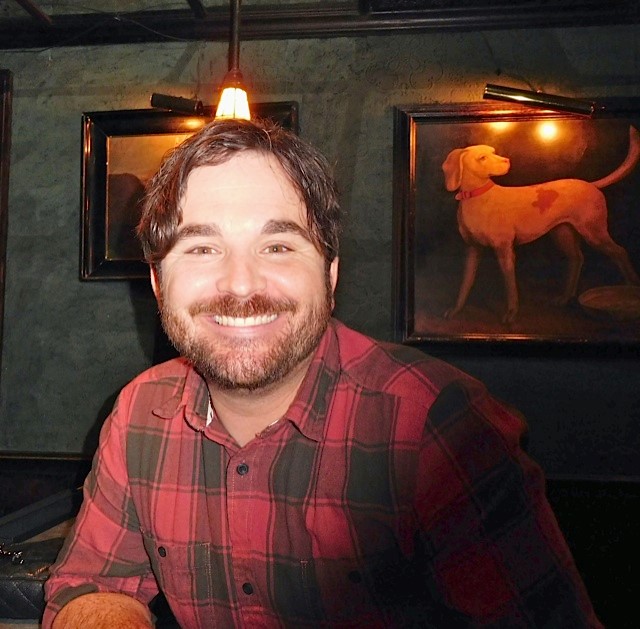 Director James Ponsoldt’s new film “The End of the Tour” chronicles five days in 1996 when David Lipsky (Jesse Eisenberg) interviewed famed “Infinite Jest” novelist David Foster Wallace (Jason Segel) for a (never-published) Rolling Stone magazine article. The interviews took place in the dead of winter at the novelist’s ramshackle home in Bloomington, Ill., and during a road trip to Minneapolis on the final stop of Wallace’s book tour to promote the three-pound 1,079-page-opus.

The movie begins 12 years later when Lipsky receives the news that Wallace, who suffered from chronic depression and bipolar disorder, committed suicide. Lipsky, incredulous and grieving, dug out the interview tapes with Wallace from this analog age and transcribed them into what was to become his bestseller, “Although of Course You End Up Becoming Yourself: A Road Trip With David Foster Wallace.”

Pulitzer Prize winning playwright Donald Margulies (“Dinner With Friends”) adapted Lipsky’s book into the screenplay for “The End of the Tour,” which is nearly a word for word transcription of the interviews. Margulies changed the order of the some of the exchanges between the 34 year-old Wallace and the 30 year-old Lipsky, but entirely captures the sparkle of their conversations as the two writers bond over cigarette smoking and junk food eating.

When I interviewed the director early last month, of the moving around of some of the conversations, Ponsolt told me that Margulies used the book as a resource to tell what he found to be the most compelling emotionally resonant story and built from that so that in the beginning the interview between the two men was one thing, just a story about journalists. “But then it sort of takes a subtle detour but then becomes for me an unrequited love story, a story about happiness and success and measuring oneself against someone else and wanting what someone else has had, and not being able to give someone else what they clearly want from you.”

When he interviewed Wallace, Lipsky’s recently released novel “The Art Far” had received tepid reviews. He aspired some day to have Wallace’s celebrity and success, which the famed novelist told him was not all it’s cracked up to be. Although the two liked each other it was a faux friendship as these celebrity interviews can only be between two people who need different things from each other. As the journalist Lipsky tried to extract personal and private information to get a scoop or an edge. Wallace, who is by turns candid, charming, witty and brilliant, is always wary. He’s aware of the tape recorder’s flashing red light, and he’s concerned about his image and at the same time aware he has to play up the fantasy image Lipsky has of him as a famous writer.

James Ponsoldt’s “The End of the Tour” opened Friday and following are highlights from my interview with the director last month:

How did your collaboration with Donald Margulies come about?

James Ponsoldt: He was my professor in college so we were old friends and a little after ‘The Spectacular Now’ had been at Sundance he reached out and say, ‘Hey James, I’m not sure if you’re a David Foster Wallace Fan, but David Lipsky (wrote this book) … And we would love for you to check it out and hear what you think. I was incredibly nervous when I got this because I was a huge David Wallace Foster Fan. ‘Infinite Jest’ came out around the time I started college, read it then and then devoured everything that Wallace wrote. He’s one of my favorite writers. I think that I was afraid that the script would be great. I kind of knew it would because Donald’s a fantastic writer. You know there’s a weight and gravity of telling stories about people that you love and in my era a real fear, at least for myself, and the script was amazing.

In the movie Wallace has such charisma, but he’s also this gawky writer who’s a rock star to his fans. Did that surprise you?

JP: “Infinite Jest” is 1079 pages and it’s a tough read but it was pushed by his publisher and was received well, which is to say it was a complicated, tough, engaging novel, not an airport book, but the word it really affected people. When he came to New York for that part of his press tour I think he did a Tower Records reading but more famously he did a KGB Bar Reading… In depicting any of these things we didn’t want to get it wrong and depict a writer as a rock star in a way that feels completely out of touch with reality. That said, people who were at that KGB Bar made the point that no, no there was a weird excited energy and a lot of people were there because it felt like something new was happening… Everybody apparently in the New York lit world was reading it and felt like this is verbal cocaine. This is someone writing the way I thing. It’s so many tangents, so many thoughts, sort of felt very prescient in the way that it anticipated in the future, the very near future we would have so many different things tugging at our attention, so many screens, so many things, of course you need footnotes… People were really excited about him and that does not happen often. It was not just the big book of the season. It was ‘Oh, this is a writer who’s maybe changed the way that we write and keep writing.’ And it happens every now and then, Tom Wolfe, Thomas Pynchon, Hemingway, Fitzgerald, whomever, someone who people get that excited about and it was that way for David Foster Wallace where he did have a rock star cachet so it makes sense that someone at a magazine would be interested in writing about him.

How difficult was it to transfer from the book to the screen the sparking and lively conversation and vibes of these two guys?

JP: I had read David Lipsky’s book before. I really loved it because it allows Wallace to speak for himself at a point when he was notoriously private, and that being said he was at the tail end of the ‘Infinite Jest’ tour. He’d worked for years on this book and had been talking about it a lot so he had his talking points. He was also a wonderful conversationalist. He was a wonderful interviewer as well. I mean DFW as a non fiction writer is someone who profiled filmmakers like David Lynch, or athletes or with John McClain was one of the great essays I can think of in my lifetime so he wanted to give a good interview. He wanted to be vulnerable and honest and not just give canned sound bytes.

As you watch the movie you’re always aware that this sensitive and talented writer committed suicide and that his success and accolades were not enough for me. How much did that weigh on you?

JP: I think that was the secret truth that anyone who’s had that success has, which is, you have it, the world affirms the work that you’ve done and than that thing that you feel in your gut, that alone feeling, that sadness, the feeling is this really all it’s cracked up to be but you know that it’s not, it hasn’t healed whatever pain you have and it’s a hard thing to tell to other people who desperately just want what you have.

What inspired you to cast Jason Segel, known primarily for his comedy work, as David Wallace Foster?

JP: The books that were the defining books for me in college from 1997 to 2001, the books that came out around that, ‘Infinite Jest’ came out 96, Dave Eggers’ ‘Heartbreaking Work of Staggering Genius’ came out about the same time and then I also read ‘The Moviegoer’ right after I read ‘Infinite Jest’ and those were the books that really stuck with me and the television shows that were most meaningful to me, which came out in 2000, was ‘Freaks and Geeks,’ that Jason was on and for me is one of the best cast teen ensembles I can think of. Obviously James Franco and Seth Rogen and other people came out of that cast.

Jason is the emotional core, you know, and he’s not doing broad comedy. When I saw Jason in that and he was only 18 at the time but what I felt was he was so relatable, there’s a real level of surrogacy for me as an audience member. I empathized with him. He had sad and earnest eyes and I felt the way I did when I watched the earliest (movies) with early Jimmy Stewart, Jack Lemmon, Henry Fonda and Tom Hanks.

Good actors who are honest can be honest in different context. For me Jason, who’s never slipping on banana peels, I mean he was on a sitcom for 9 years, but for me he was always, you put him in something great he’s a great actor. Getting to meet him and getting to talk to him I defy anyone, name several other actors under 40 who are also great successful writers, they don’t exist. And Jason is a deep, deep, deep thinker, as deep and thoughtful as Jesse Eisenberg, which is part of why I cast them.

Talk about your next film, “The Circle,” based on the book of another writer Dave Eggers. It co-stars Tom Hanks and Emma Watson as a young woman who lands a job in a tech company that has troves of information about everyone.

JP: We’ll be shooting this year and I’m really excited to take it on. It’s a film like this one about something that I obsess over and that terrifies me. In the case of ‘The Circle,’ I have a young child, a son who’s 14 months old and I wonder about the world that he’s going to be raised in and how he’ll relate to technology and what privacy he will be able to choose for himself, how he’ll relate to screens, whether he’ll have a choice in the matter? I myself have a total addiction to the screens in my life, to technology, a fierce addiction, and so this film is me engaging with a lot of those issues.