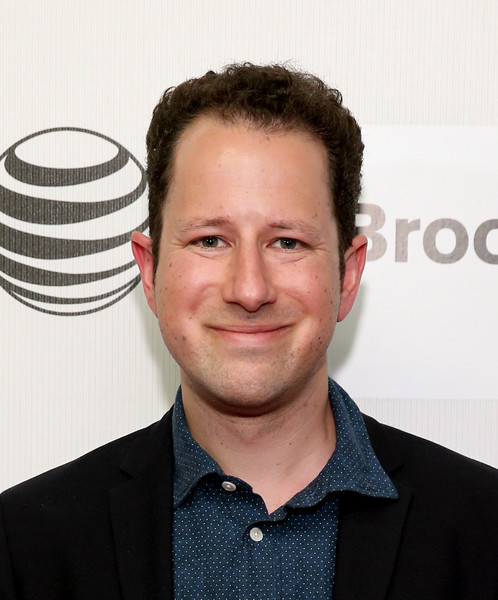 I got a chance to speak to director Zachary Sluser about his feature film debut of making The Driftless Area, starring Anton Yelchin, John Hawkes, and Zooey Deschanel.

Jim: Hey Zach, how are you?

Jim: I’m great, before I get into the movie, I was looking over your bio and wanted to verify to that you went to the Art Institute of Chicago for school?

Jim: That’s really cool, I’ve personally worked with them many times, it’s pretty awesome to see someone come out of that school and make it in Hollywood.

Zach: You know, what appealed to me about that school was that it was really different than the traditional UCLA’s and NYU’s, which are great. I wanted to go somewhere where it had a real art history background. They approach making films with a slightly different and less conventional way. It was like a combination of going to that school for art history, film history, and film theories. Shooting film on a 16 and cutting on a flatbed. It was a very practical education that I got, I interned for this movie Bad Santa, my first job in LA. It was filmed in a more conventional way, which I didn’t really get at the Art Institute.

Jim: It was kinda cool seeing you make it out of there, as far as The Driftless Area, it is your first feature film. What was it like for you to go from short films to a mainstream feature film with a bigger budget?

Zach: So thee third and most recent short I made was an adaptation of Tom Drury’s work, it was an adaptation of the short story Path Lights that starred John Hawkes. That short film kind of became our core start for expanding this story. The transition, of course there are a lot more moving parts in a feature, but the process of filmmaking and working with actors, collaborators, production designers, that’s all the same. As I’m making new friends and allies I’m just making that we are telling the same story and that we are inspired by the same story for reasons that serve the purpose of the film.

Jim: I didn’t get a chance to screen the film, but from reading the synopsis of the plot there are a lot of moving parts in the film, can you elaborate on what you were trying to aim for with this film?

Zach: The book, and hopefully the film is really a metaphysical romance I suppose, and it has a lot of elements of neo-noir. It’s a wonderful story about the way people struggle to control fate and their own destinies. At the same time Tom’s book deals with these issues of fate, karma, reincarnation, the after life in a very matter of fact, dry, and palatable manner. Hopefully the film also engages in that way. It seems like I have a lot of questions about myself and they are endlessness fascinating and even very approachable. It’s funny and romantic, and provocative and the story deals with that. It was our job to translate that.

Jim: It seems like there is a lot going on, with the noir feel to it with the romantic attachments, it’s an interesting concept to mold these things together. You have worked with John Hawke’s previously, but you have a really nicely balanced cast with Anton Yelchin, Zooey Deschanel, but yet some really experienced actors like Frank Langella and John Hawkes. How involved were you involved in the casting process?

Zach: Yeah, the casting process is one of the most, if not the most important part duty as a director to have. These are the players on screen that will communicate the story, so you want to have the look and the feel, and the understanding of what we are trying to convey. Performers that you can trust and you can collaborate with. Yeah, I was very much involved. Anton was our first choice, Charlie Jennings at CAA really helped us put this group together. We had a John, then we brought on Anton, Zooey, and Aubrey (Plaza), Ciaran Hinds, but also Alia Shawkat and Frank Langella. I don’t know, it was like who is right for the role. The whole world starts to come together in terms of feel of which actor is going to be right for the role. I know it ended up that we have a good mix of people from different worlds of television and film. They all fit this world, they were all very drawn to Tom’s world, the characters, and the script. As soon as I set down with them, we found out that we are very much like minds. I can answer more specifically about a particular actor if you’d like.

Jim: It seems like you definitely knew what you were looking for going into the project, when you get the talent there you must have known what these talents have to offer from their previous work. I just felt that it was an interesting mix of youth and veteran talent. I’m sure it comes up great on-screen.

Zach: I wholeheartedly agree, and feel very lucky that these folks all wanted to work with me on this film. It was my first movie, and you know, getting to work with them and our actors that we found locally.

Jim: This being your first feature film, any other projects you have coming up or in mind?

Zach: We just finished this a week before before the festival (laughs). I’m very much enjoying sharing this film at such a great festival (Tribeca) with these audiences in New York, it’s very rewarding. We are very happy to be here. What’s next is that I’m writing a few things, I can’t quite talk about it publicly yet.

Jim: Is directing something you want to make a priority is that the top thing over writing?

Zach: It’s been a priority for a while, for sure (laughs). I’m just very happy to have the opportunity. To have the collaborators I have for this film. Yes, I would love to be able to direct.

Jim: Zach, thanks so much for your time. Hopefully I get to see the movie soon.

Zach: There are a few more screenings, are you here in New York?

Zach: Ohh ok, that’s why you say you are working with the people at the Art Institute! It would be a real dream to play it in Chicago, hopefully that’s coming up.

Jim: Much luck for the film, from what I’ve heard and seen I’m expecting good things.

Zach: Thanks very much.