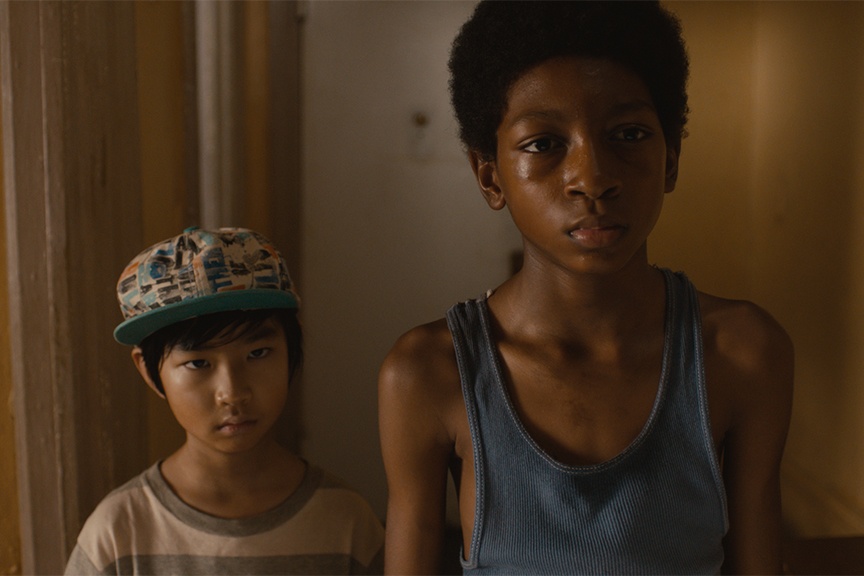 Introducing Skylan Brooks and Ethan Dizon as Mister and Pete – two adorable young kids living in Brooklyn’s projects, left to their own devices after their mothers are taken by the police. The trailer invites you into the struggle of pre-adolescent boys fending for themselves in a fight for survival, in what looks like to be a deep and touching movie.

During a sweltering summer in New York City, 13-year-old Mister’s (Brooks) hard-living mother (Hudson) is apprehended by the police, leaving the boy and nine-year-old Pete (Dizon) alone to forage for food while dodging child protective services and the destructive scenarios of the Brooklyn projects. Faced with more than any child can be expected to bear, the resourceful Mister nevertheless feels he is an unstoppable force against seemingly unmovable obstacles. But what really keeps the pair in the survival game is much more Mister’s vulnerability than his larger-than-life attitude. THE INEVITABLE DEFEAT OF MISTER AND PETE is a beautifully observed and tremendously moving film about salvation through friendship and the way transformation sometimes can happen just by holding on long enough.