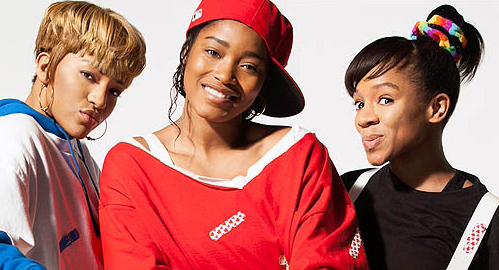 Waterfalls, No Scrubs, Creep, Unpretty – we all know and love these, among other classics, from TLC. Music channel VH1 are releasing a biopic on TLC due out in October this year. The groups second album Crazy Sexy Cool sold over 23 million copies, making the group the first ever to receive diamond status, they have sold 65 million records worldwide, and are the best-selling female r&b group of all time. The trailer features Lil Mama as Left Eye, Drew Sidora as T-Boz, and Keke Palmer as Chilli, all of which are pretty damn convincing! The trailer features the girls re-enacting music videos, giving interviews, and performing on stage. I’m pretty excited to take this trip back into the 90s with such an iconic bad-ass girl group.

The story of Legendary hip hop/r&b/pop trio TLC. The group rose to fame in 1991 when they signed to LaFace Records, releasing their multi-platinum debut. Their 1994 follow-up, CrazySexyCool sold over 22 million copies, and Fanmail sold over 10 million copies in 1999. This group experienced bankruptcy, illness, group fights, and death. All the way dominating the charts and the music industry.