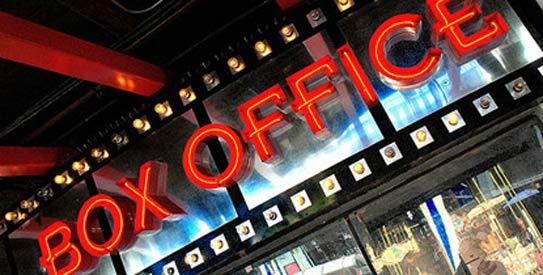 Just like most other industries in this 21st Century, the box office is a global market and if a movie fails to capture an American audience, or still owes a significant amount of money to pay off its budget, the film has foreign markets as a last ditch effort to make itself profitable.  1997’s Speed 2: Cruise Control wasn’t as big of a flop thanks to its success overseas in Europe and 2012’s John Carter, thankfully, grossed over $200 million internationally to somewhat soften the blow of the domestic figures.

For the last five years, the consideration of global markets has been the emerging trend. 2012 was the first year I noticed where Hollywood took notice of specific targeted reasons as to why certain movies performed strongly in select markets. We can safely say that the dominance of foreign markets is an established and expected standard for the industry. ‘How well will it play overseas?’ is now a standardized question to ask with regard to a potential blockbuster

I realized the power of global movie fans when I blogged last summer asking “Are American Audiences Supposed to Know Who Richard Ayoade Is?”.  He is a popular comedic actor with a big cult following in Britain and I sparked a viral commotion asking a simple question about the confusing marketing campaign regarding the Fox comedy The Watch. There is a niche audience out there for almost everything and, if targeted correctly, can be make movies profitable again for Hollywood.

In a lot of ways people are noticing that the global box office is a savior for the American Entertainment Industry and a broad range of movies, from Ice Age: Continental Drift to 2011’s Mission Impossible: Ghost Protocol, made a majority of their money overseas.  Let’s also try to keep this in perspective: Ang Lee’s Life of Pi grossed just under $100 million domestically, yet generated an additional $300 million from foreign markets!  Clearly, the business is overseas and Hollywood better understand what it takes to sell well around the globe.  The biggest shock to the global box office news was regarding the latest 007 action flick, Skyfall,  grossed $1 billion globally…without even opening in China!

China has become a, if not the, mass market for Hollywood movies. Some will quip that they manufacture our products in exchange for watching our movies.  As stated, any movie cannot be declared a financial disappointment until it plays in several other countries around the world especially in one as influential as China.   The LA Times had reported an interesting China box office fact that really caught my attention:

About 52% of the 2012 ticket sales were for foreign films, compared with 47% in 2011. The difference was fueled by a February agreement between Chinese and U.S. officials to increase from 20 to 34 the number of foreign movies allowed into China under a revenue-sharing program.

Popular Chinese actress Xu Qing made a quiet impression in a loud way when she was featured in a crucial supporting role in Looper. The opening weekend gross for the sci-fi hit was evenly matched in both American and Chinese currency, and is partially due to the popularity of Qing.  Expect to see more foreign stars cast in major American releases, like in Looper, and a case in point can be made with Indian actor Irrfan Khan, (Slumdog Millionaire), as Dr Rajit Ratha in “The Amazing Spider-man.”  Sony featured Khan in the advertising for the film and The Amazing Spider-man became Sony’s widest release in India.  Box Office.com’s own Phil Cantrino mentioned in a movie podcast that the foreign box office for Ted was fueled because the Ted character’s lines were re-dubbed to include a few one liners with country specific references.  Both ideas, showing familiar faces and making culturally known references, usually helps when attempting to bring audiences to a movie and foreign markets are no exception.

As the Entertainment Industry begins to respond to our changing world and shifting demographics of a global business, they will understand the need for their updating their business model as well as their overall branding/marketing strategy.  Feel free to sound off in the comments!