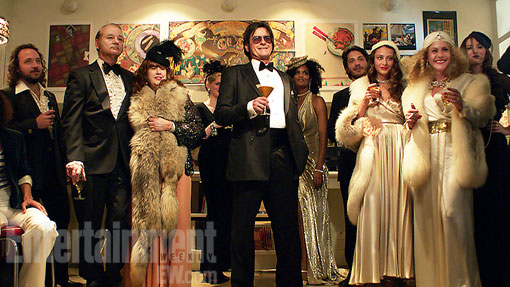 Roman Coppola has one of those movie household names. You just hear the name and magically it implies quality and an obtuse perspective of the world in an artistic way. He’s back and he’s bringing both Charlie Sheen and Bill Murray with him in his next film, and the first photos have been released:

With Venice kicking off just a few days ago and Telluride beginning momentarily, we’ve been curious as to where Roman Coppola‘s next feature will be showing up, absent from all the fall festival lineups this far. The answer has arrived today, as Entertainment Weekly informs us that the start-up NYC-based distributor A24 has just snatched up the film, titled A Glimpse Inside the Mind of Charles Swan III for a release in February 2013.

I’m not sure if I’m looking forward to this. Makes me think of Woody Allen movies. They’re nice and they usually have a very unique and interesting concept behind them but I’m just not sure if it’s for me. The Sheen and Murray factor can’t be discounted. Why don’t one of you tell me how stoopid/foolish I am for discounting this in the comment, hmm?

We’ll see what happens from here or if somehow I’m magically invited to a screening in New York City cus A24 is in NYC too.