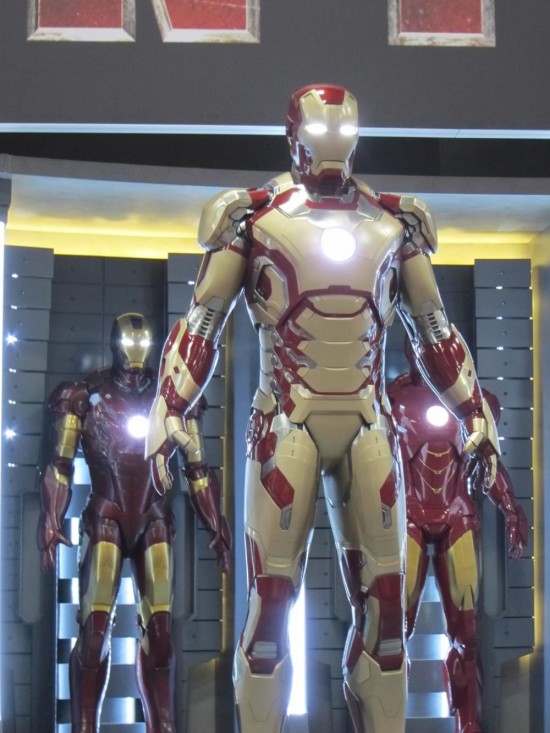 Marvel came and owned the San Diego Comic-Con area for the past few days. Seriously they wow’d and shocked the whole world with their next phase of films that they have coming in the future including some concept art for Guardians of the Galaxy. But before we get ahead of ourselves we still have a bunch of Marvel films in the NEAR future to capture our attention, specifically Iron Man 3 which has already started filming. One great attraction by Marvel at SDCC was that they brought Tony Stark’s entire collection of armor’s from the films to the convention floor for fans to oggle and admire, and cosplay with, but also brought out a really big treat being the new Mark VIII armor from the film: I liked seeing the hall of armors and everything but this new armor reveal is certainly a surprise. I’m not sure I’m liking the over indulgence of gold in the color scheme. The design of it is cool and I like that they stuck with the circle chest piece emblem but all that gold is making me think that Tony will be competing with War Machine for most gaudy armor. Strangely enough, even while I’m not entirely thrilled with this costume I still have a lot of great expectations for this film and feel like we have another Marvel homerun in the making. It’s cool with me but I’m already ready for Mark IX.

3 thoughts on “What do you think of Iron Man’s Mark VIII armor?”