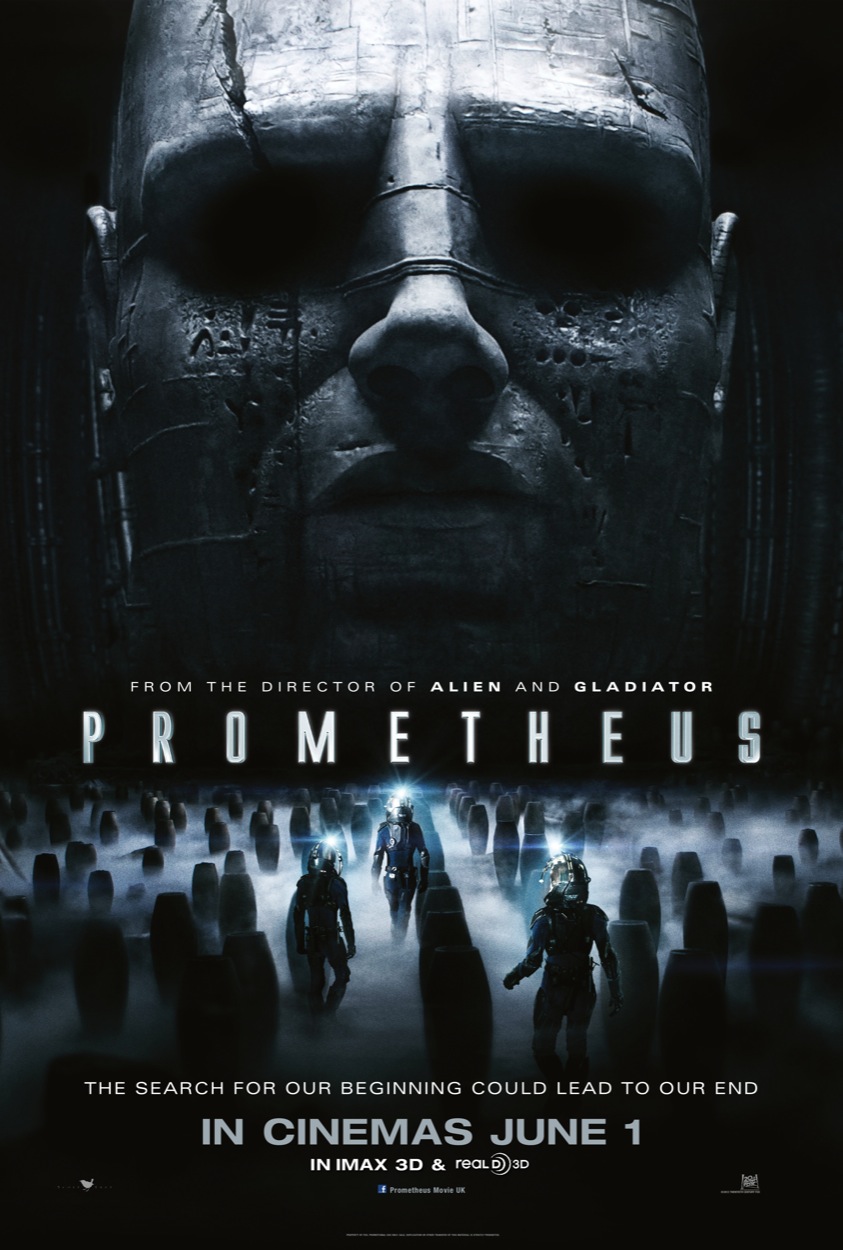 A lot of anticipation has been building for Ridley Scott’s “Prometheus”.  Ever since Twentieth Century Fox announced that the director would be returning to make a new science fiction film the fans have been on high alert.  It’s easy to understand why movie buffs would be excited to see the director of “Alien” and “Blade Runner” get behind the camera for this type of film.  For me, most of Ridley Scott’s movies fall into the “Great” category and the speculation and rumors of Mr. Scott directing a prequel to “Alien”, (or not), have been keeping fans on their toes while eagerly anticipating clues for a revelation.  The marketing campaign to keep these fans engaged has been fascinating, to say the least, as Fox has embraced the 21st century technology to interact with potential audiences.  The following is a timeline of milestones of the Prometheus campaign:

In December, Fox launched a teaser trailer in theaters and on iTunes. To date, the trailer has been viewed more than 34 million times. During the week of December 21st the word ‘Prometheus’ trended above the word ‘Christmas’ when the first trailer came out! Its as if the movie release would be a holiday for the film geek community.

On February 28th Fox sent their Prometheus campaign to the next level. A “TED talk” debut of Guy Pearce in character as Peter Weyland, the CEO of Weyland Corporations, delivered an ambitious speech at a TED conference. Weyland declared toward the climatic middle of the video, “We are the gods now!” which sent the tone for his character and builds possible glimpses at the plot. (The talk can be viewed here: http://blog.ted.com/ted2023/).

Next came an in-depth interview with “Prometheus” writer Damon Lindelof, (co-creator and executive producer for the television series “Lost”), about the progression and development of the film and offering some more insight into the character and the set up. The site directed viewers to www.weylandindustries.com, an impressive site, which looks like a corporate site aiming to recruit skilled workers to join Weyland to explore the undiscovered planet. According to Fox the reaction was overwhelmingly positive with an enormous response from the online community and members of the press. Fox’s strategy was to get great thought provoking material to an actively influential audience who were likely to respond via discussion, emailing, tweeting, etc. the information.

In March the anticipation increased as more clues were being revealed to eager audiences. Fox debuted the full trailer that has garnered more than 38 million views so far, (that’s just what we can track), and a week after this 2nd trailer’s release there were more than 49,000 tweets and 10,000 retweets about the new trailer. During this time unsolicited tweets from celebrities and filmmakers such as Tony Hawk, Kevin Smith and Jon Favreau discussing the new full-length trailer generated nearly 115 million impressions on Twitter alone! This nearly doubled the follower count. At WonderCon Ridley Scott and Damon Lindelof appeared with Charlize Theron and Michael Fassbender for a discussion of the film. A special shorter ‘cut-down’ tv spots appeared in the Elite 8 games of the NCAA tournament targeting a young, male demographic. This increased awareness to a more sports-minded audience to advance appeal.

In April Fox crossed a threshold with marketing “Prometheus” by portraying a character as an actual product available for purchase. They launched the David 8 piece featuring Michael Fassbender as his character in the film and as an actual prototype of a personal service robot, which generated more than 3.4 million views. In support of this Fox ran mock ads online for Weyland Industries products (Prometheus Ship, Med Pod and Rover) and the online debut of the David piece was on Mashable & Yahoo with full page ads in the NY Times and Wall Street Journal as if David were an actual product available to purchase! Verizon also helped spread the word about David with social media support.

In May and early June Fox ran a TV spot and launched the Quiet Eye video with Noomi Rapace. The clip has more than 400k views on Verizon and Youtube and more than 75,000 people have signed up on Weylandindustries.com to become “investors” in the Prometheus Project and a staggering 1.8 million people have viewed the film’s two websites weylandindustries.com and projectprometheus.com.

The intensity of the awareness for “Prometheus” has become as vast as any and corporate partnerships helped expand the awareness of the film. For the social media campaign Fox has calculated over 1.3 billion social impressions to date! The social media job site LinkedIn registered several accounts as Weyland Corporate recruiters and sent LinkedIn ‘In-Mails’ to targeted influencers to “recruit” them into Project Prometheus. There was also a set piece from “Prometheus” on display at the MTV Movie Awards. Four national partnerships allowed Fox to broaden Prometheus to make the film a monstrous summer event. Amazon/IMDB, Coors Light, Verizon Fios, and Starwood Hotel & Resort. This is first time ever for theatrical programming with Amazon as the promotion has been running for over a month with homepage placement, and it was the first film program for a campaign that coincides with Coors Light. Ridley Scott even cut the spot too.

A movie campaign in the 21st century needs to be aggressive with precise social media targeting and saturated awareness. Fox did just that with “Prometheus” focusing on an expansive, disciplined campaign. We shall see if there hard work and innovative strategy pays off in the coming weeks.