Sadly, my first real introduction to the tale of Dorian Gray (although I had HEARD of the story before, just never read it or seen it in any of its various incarnations) was through the horrible movie “League of Extraordinary Gentlemen” (the Sean Connery version). In League, Oscar Wilde’s virtually immortal character whose painted portrait ages while he stays the same age was played by Stuart Townsend pretty well, but the film was so bad the performance and the character himself was wasted.

There is a Dorian Gray poster online now, and I like the general look of it. Very much looking forward to this one. 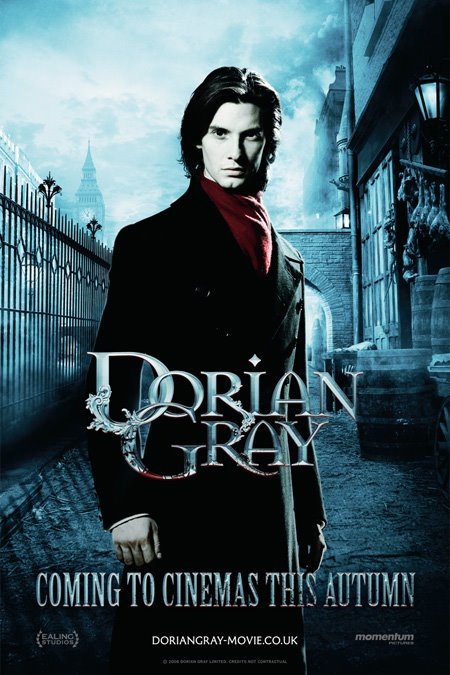