Nightmare on Elm Street’s premise is pretty well known and the remake will follow the same formula. Freddy Krueger, accused child molester (and highschool groundskeeper) escapes prosecution so the local parents submit some street justice and murder him by throwing him in a furnace. But Freddy returns as a supernatural killer to reign over the dreamworld in terror – if you die in your dreams, you die for real. 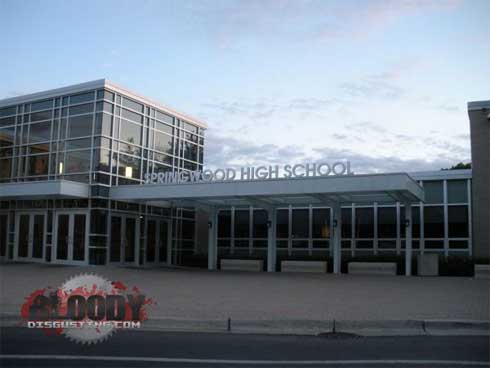 Bloody Disgusting has a few more shots of the innocent school front rebranded with the movie’s local highschool.