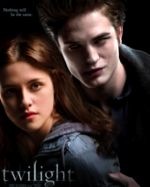 We have some news regarding the upcoming Twilight sequel thanks to the probing prowess of Ryan Seacrest via our friends over at the movieweb:

While speaking with Twilight star, Kristen Stewart, on Kiis FM, Ryan Seacrest found out that the production start date for the sequel, New Moon, is set for March. The actress provided some more details…

“A lot of the book takes place in Italy, and I think we’re going to get to go to Italy, which is so cool,” Stewart says. “For a while there, they were like, Oh, we don’t know if we have the money, but now I think we may have the money!”

Yes, it looks like they have all the money that they need Kristen.

I have yet to see Twilight, but I think it’s wise that they ride the buzz and pump the second film out for 2010. Those involved in this fledgling franchise will hardly be able to rest before work begins anew, with all the hype still hot however I think this is the correct decision for many reasons.

Teen Vampires will continue to suck money out of our wallets. (Time to buy Kevlar pantaloons).