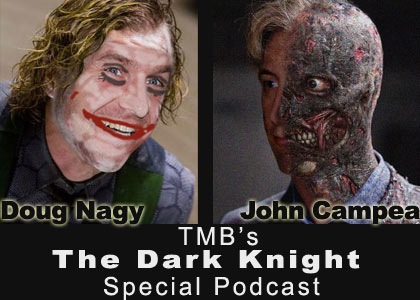 Hey there folks. Well, in this special 35 minute podcast Doug and I discuss everything we liked and disliked about The Dark Knight. This special podcast is FILLED with spoilers and is intended only for people who have seen the movie. It’s all of us international friends chatting about the film we all already saw.

So dig in, sit back, relax and listen to Doug and I talk about the pros and cons of The Dark Knight!