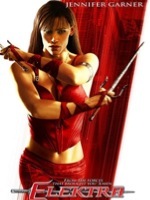 Action films are one of my favorite genres. They aim to deliver some of the best reasons to go to the movies: Escapism and excitement (if they’re done well that is). Unlike say… Romantic Comedies (which are basically all the same), Action films can be quite diverse and unique from each other (some are cookie cutter for sure though), except for in one major area: The vast majority of action films (even more than other genres) usually have a male lead.

Many people insist that an action movie with a female lead just can not work, and you can at least see where they’re coming from. They’ll be quick to point out attempts like:

Catwoman
My dear sweet heavenly tender bits… how terrible was this movie? It wasn’t just bad, it was legendarily bad. So bad that I have it on my top 10 worst films of all time list. It takes a special movie to instantly kill any momentum an actor’s career had coming fresh off an Oscar win…. and Catwoman was that kind of special!

Aeon Flux
Yet another film with an Oscar winning actress that nearly ignites involuntary bowl movements. While not as hopelessly bad as Catwoman, I don’t recall being able to say 1 good thing about this mess of a movie.

Electra
Should have been a great movie. Jennifer garner rules the mystical land in my pants and I really liked her in Daredevil. What the hell they were thinking with this movie is totally beyond me.

Ultraviolet
Ultra-awful. I don’t know why some people hold on to this false notion that Milla Jovovich has the potential to be good in anything. Oh sure, she was in a great movie once (5th Element), but being in a great movie and being great in a movie are two VERY different things. Her “Resident Evil” films are all terrible too… but not as bad as this one.

So yes, with films like these out there polluting our movie theaters (Al Gore should look into this) you can forgive some people for jumping to the radical conclusion that women in action films just can never work. But after you get past the knee jerk reaction and really start to think about it, you start to remember that there are several examples where female leads really did work in films. Projects like:

Aliens
This film needs to be at least mentioned in any conversation about “best action films of all time”. Heart pounding, exciting… and I swear the term “keeps you on the edge of your seat” was originally made up to describe this flat out awesome movie. Ripley rules.

Tomb Raider
No, this movie wasn’t great (or even good really) but you can’t deny that Laura Croft as a female action lead does indeed work. Everything about her just screams “bad ass” and yet still sexy as hell. If there was a female equivalent to Indiana Jones, Laura Croft would be it.

Kill Bill
I’ve never seen a movie where a normal (non-superpowered) women goes around kicking the living crap out of men so damn believable. There is something so special about Uma Thurman’s character in these films… even as an action star.

Underworld
Kind of like the situation with Tomb Raider, some people don’t really like Underworld (I did, but not so much the second one), but again you can’t discount how effective Kate Beckinsale’s character was as an action lead in the film. She just worked.

So while I agree that finding action films with female leads that actually work is rare, the above examples prove that it CAN work. It’s not impossible. Perhaps the above movies are exceptions to the rule, but they’re enough to prove you can’t just discount an action film just because it has a female lead in it.

I’m sure there will be lots of various answers to that question, but for now I’d like to propose a few observations about why these action films with women leads don’t do well (Please note, I’m suggest why they DON’T do well… not why they SHOULDN’T do well)

1) Men Can’t Identify With Female Leads
It doesn’t take a pulitzer prize winner to point out that “men and women are different” Duh! But it’s a point that is particularly relevant when it comes to this question. We often find ourselves attached and invested in film characters that we either identify with or aspire to be. For men, that’s a hard sell with female characters. Add to that the fact that the audience for the Action genre is predominately male, and the point become even more relevant.

2) Believability
I remember a lot of discussion about “Charlie’s Angels” revolving around a lot of men complaining that “I’m sorry, but how can I get into a movie like this? There is no way that stick figure (they were talking about Cameron Diaz at the time) can take me in a fight”. Is that a neaderthalic thing to say? Maybe… but it is nonetheless at the root of why many men don’t buy into a female lead action film. I can raise the objection that “Movies aren’t always supposed to be about believability… as a matter of fact, quite often it’s supposed to be about the suspension of believability” and I’d be 100% correct, but it wouldn’t change the fact that men have a hard time (for right or wrong reasons) buying into a female character kicking a lot of male character ass. Women in prison movies on the other hand is a totally different story.

3) We’re Conditioned To See Women For Their Sexuality And Intelligence In Film
Follow me here. I liken this point to things like black and white films or subtitled films. I think one of the reasons people don’t give subtitled films more of a chance is because it’s just not what they’re used to. People aren’t accustomed to having to read the dialog (even though it’s the easiest thing in the world) and so they pass on some magnificent films. I think in the movies we’ve become conditioned to see female characters just in terms of their sexuality (this is age old) or their intelligence (this is new… but at least a step in the right direction). Seeing female characters as tough or bad ass… ready willing and able to kick your ass at a moments notice is just outside of what we’re accustomed to seeing or processing. At most we’re used to seeing women as the damsel in distress or as the love interest in action films… not participating in the whopass party.

So there you have it. Some of my theories why female lead action films don’t succeed. Do you agree with them? Disagree with them? Do you have more thoughts on why these (some of them great) movies don’t attract more of an audience?