Check out the man-in-suit army that is the Sleestaks! We get the following pic from our friends at cinematical: 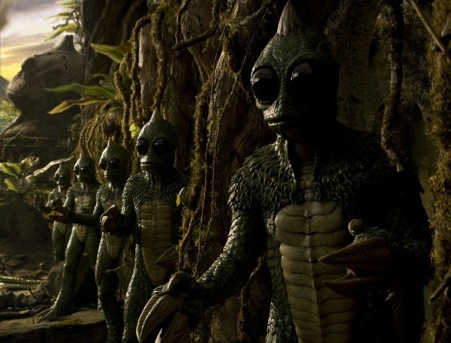 These bad boys will be making their appearance in the remake of The Land Of The Lost. I must say, this picture increased my anticipation of the film a solid 60%. I love man-in-suit monsters and these guys look outstanding. Apparently these creatures will not use crossbows as they did in the original; instead, they will shoot quills from their own bodies. This film is scheduled for release July 17, 2009. …I need one of these suits.

2 thoughts on “First Look At The Sleestaks”