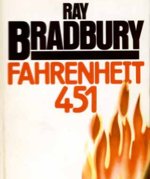 It was one of the first novels they had us read when I was in grade school and still stands as a classic. Frank Darabont (Director of one of the best films of all time “The Shawshank Redemption”) has been feverishly working on getting a Fahrenheit 451 movie to the screen, and a little while back he announced that he had multi-oscar winner Tom Hanks on board to play the lead role.

Well, Hollywood is very much about timing, and apparently things with Fahrenheit 451 have moved to slow to the point that Hanks’ schedule have forced him to drop out of the project. The folks over at the MTV movies Blog (a site I really like despite hating the channel) give us this:

Despite Hanks’ withdrawal, the director sounded like he’s as excited about the film as ever. “I see this movie so clearly in my head. It’s flowing in my veins,” he said. And just because you think of books first when you think “Fahrenheit 451,” don’t expect something akin to Jane Austen, Darabont promised. He explained, “One character in the script says, ‘It’s not really even about books. It’s about control.’ It’s about the control of government and authority. It’s one of the greatest books ever written. It’s got all that great political stuff underneath the skin of it but really what it is is a great galloping tale.”

I’m really glad Frank still sounds like he’s passionate about the project. This is a film that deserves to be made right now, and Frank Darabont is the man to make a film like this. Losing an actor like Tom Hanks from teh project is a serious blow… but he’s just one actor, and the story of 451 is much bigger than him alone anyway.

5 thoughts on “Tom Hanks Out Of Fahrenheit 451”