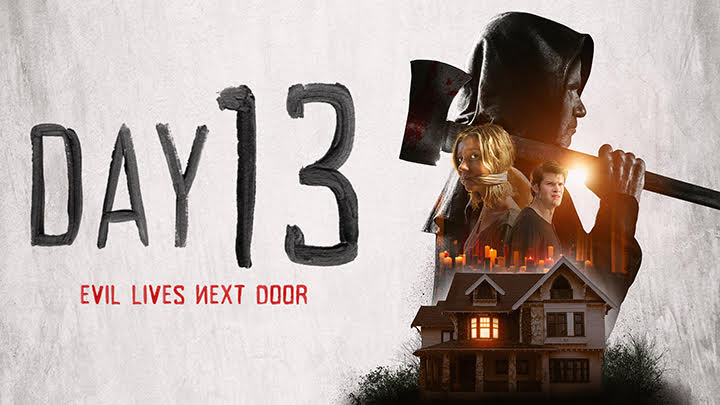 The last thing you want to do as a teenager over the summer is babysit your little sister.  Well, that’s what happened to 17 year old Colton.  While staying home for the summer, Colton begins to suspect that his neighbor is up to some sinister dealings.  As he investigates, he finds out things are crazier than he realizes.

Great casting in this film.  Acting was excellent, not cheesy or boring.  The actors exuded enthusiasm, drama and suspense in their character portrayals.  Very believable and engaging storytelling.  Martin Kove is great.  Love him in everything he does.  This was a different role for him though as he typically plays more abrasive characters.  His character was quiet and reserved but it worked well because it added to the suspense of the film.  I really liked Colton’s friend Michael.  He was funny and played the best friend role very well.  Just like in other movies with this theme the bestie gets into hot water for their friend.  I expected it but it was needed and it helped the story line flow. There were several scenes in the movie where it was a bit too dark to know what was happening.  Also, would have liked to see more Kove.  Also, the ending seemed a bit unfinished.  I selfishly wanted to see what would happen after what actually happened at the end.  But, I understood the ending.  It made sense.

Simple and straightforward, without giving any spoilers – this was a fun watch.  I was entertained throughout.  The storyline felt very familiar but the ending was not expected.  I was pleasantly surprised.  I would wholeheartedly recommend this film to anyone especially if you like a good suspense/thriller.  This film is out and ready to watch on several platforms.  Click the link below to find out where you can catch this release.