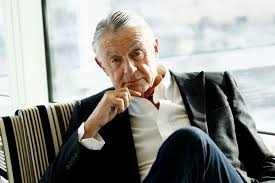 Deadline is reporting that director Joel Shumacher has passed away. The director was 80 years old.

Joel Schumacher, who directed some two dozen films including Batman Forever, Batman & Robin, Brat Pack pics St. Elmo’s Fire and The Lost Boys along with Falling Down and John Grisham adaptations The Client and A Time to Kill, died today. He was 80…

…Born on August 29, 1939, in NYC, Schumacher first made his name as a costume designer for such 1070s pics as Woody Allen’s Sleeper and Interiors, along with Blume in Love, The Prisoner of Second Avenue and The Last of Sheila. He also was production designer on the 1974 telefilm Killer Bees during the disaster-movie era.