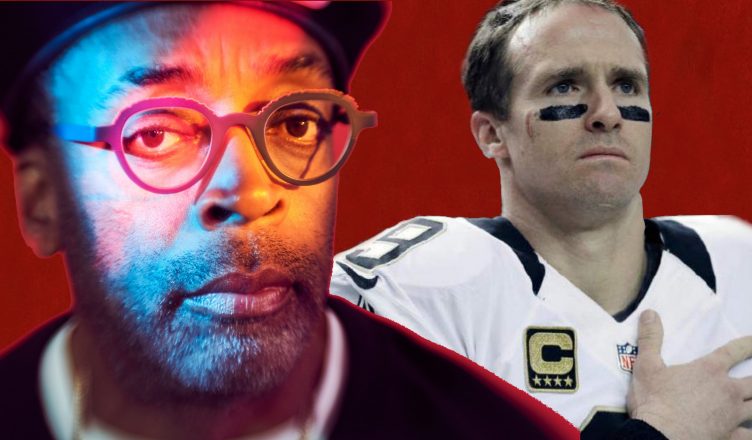 In the wake of the death of George Floyd, there has been a lot of civil unrest in America due to the pent up frustration of racial injustice and police brutality of black people. There have been a number of peaceful protests and unfortunately riots as well. In an interview with Yahoo Finance, New Orleans NFL quarterback responded to a question in regard to other NFL players taking a knee during the anthem. This was Brees’ comment:

Drew Brees: “I will never agree with anybody disrespecting the flag of the United States of America,” Brees said. Brees also mentioned how both his grandfathers fought for the US military in WWII. Brees quickly received a flurry of backlash from social media, sports commentators to even his fellow teammates for his tone deafness on missing the point of the protests in viewing their peaceful protest about police brutality as disrespecting the American flag. Brees has publicly apologized twice for his comments. During a press roundtable event with director Spike Lee, Delroy Lindo, and Jonathan Majors about Lee’s upcoming film, Da 5 Bloods, we got a chance to ask the director about his thoughts on the Brees situation.

The Movie Blog:  In the Da 5 Bloods, you used the vietnam war to depict the complicated relationship between patriotism, the american dream, and being black in America. Recently, we’ve had people like Drew Brees, disagree with [Colin] Kaepernick’s’ taking a knee to protest to police brutality. And [Brees] also tried to invoke his grandparents who fought in WWII. I know you were a supporter of Kaepernick’s protest. Should Drew Brees watch Da 5 Bloods, and what do you think he will get from it?

Spike Lee: I’m talkin’ to the Saints. I’ll just leave it at that.

Spike Lee: Yeah. We’re going to try and do something. I’ll just leave it at that. Because it hasn’t happened yet. But I reached out to the New Orleans Saints football team.

We can only imagine what that conversation between Lee and the Saints organization may have entailed. Spike Lee released a short film on his Twitter account depicting the frightful similarities between the deaths of George Floyd, Eric Garner and “Radio Raheem” (from Do The Right Thing).  If we had to speculate, given the need for PR damage control, we could see the possiblity of Lee partnering with the Saints in making a video about police brutality and racial inequality. We’ll all just have to wait and see.

You can watch the full interview with Spike Lee on the African American Film Critic Association YouTube Channel.