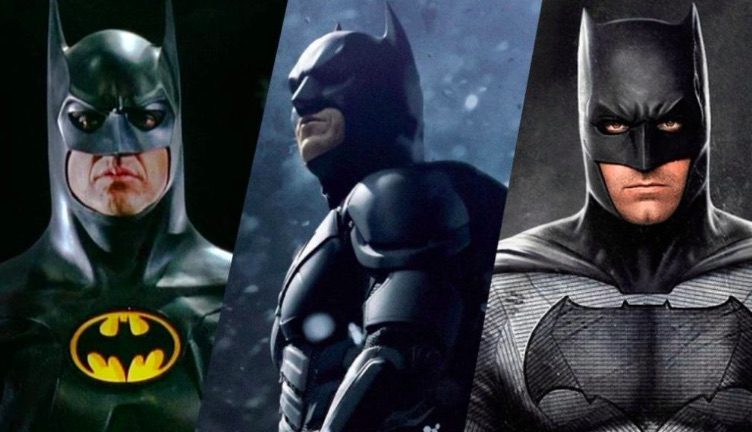 Last year’s Joker movie starring Joaquin Phoenix showed once again that the Batman legend, first told by Bob Kane and Bill Finger in the Detective Comics Series in 1939, is one of the most enduring superhero stories of all time. The tales of Bruce Wayne and the collection of maverick, villainous gangsters that pit their wits against him has inspired films from some of the greatest directors of our times. There have, of course, been some duds too (Justice League and Suicide Squad might make that list).  Now, to fill the space as we await the next chapter in the story of this caped crusader, a film rumoured to arrive next year and starring Robert Pattinson, here are our Top 5 Batman movies of all time. Since the late 80s we have been treated to a series of excellent Batman films but no one can forget that the first truly iconic representation of the Dark Knight on screen was the hilariously camp Adam West portrayal from the 60s. The success of that small screen program gave rise to an even funnier feature-length version. It’s notable for the classic low-budget affects, including a very fake shark, seen off by West’s shark repellent bat spray. It’s all a far cry from Christopher Nolan’s dark take on the story, but refreshingly unpretentious and joyful. Tim Burton was a perfect choice to direct a new series of Batman films in the 80s and 90s and his first creation is a classic. It features some superb gothic sets and opened up the eyes of a new generation to the fantastic appeal of the storyline. Michael Keaton is a disturbed Bruce Wayne but Jack Nicholson steals the show as the playfully unhinged Joker, and it all builds to a classic showdown between the two. After watching newer depictions, you may feel that this one looks a bit dated, but put those reservations aside and you can enjoy a top class movie. Christopher Nolan was in the Director’s chair for a trilogy of Batman films that ended with The Dark Knight Rises, a movie that even inspired its own video slot game. We’ve included this film because of the less-well known villain who appears to thwart Batman. It’s Bane, portrayed on screen by Tom Hardy. He’s on the attack and causing all kinds of mayhem before locking Batman up in an underground jail from which he surely can’t escape?! Perhaps not everyone’s favourite Nolan film from the series, but a fun trip nonetheless, with lots of epic Hollywood affects and strong performances. After Batman in 1989 Tim Burton was given creative license for a sequel by Warner Bros and unleashed his full craziness, stuffing the film with gothic-ness and drawing out yet another brilliant weirdo bad guy performance, this time from Danny Devito as the Penguin. The story behind this evil mastermind is an abandoned baby brought up by penguins in the underground sewer network of Gotham city! Understandably, he bears a grudge, and as nemesis go, this is a particularly twisted representation with Devito inhabiting the deformed and psychopathic character really well. Batman Returns can also look somewhat dated, but it is nonetheless a great watch. Arguably the best Batman movie of all time is Christopher Nolan’s second, starring Christian Bale, Heath Ledger and Michael Caine. It has some unforgettable scenes in it, not least the Joker walking out of a lift to break up a party of Gotham’s elite and demanding Batman reveal his true identity. His performance is extremely menacing and one of the all-time best portrayals of Batman’s ultimate foil. Lots of explosives and some tense showdowns between Joker and Batman ensue, before our hero wins out. It’s tense, thrilling stuff and if you’ve yet to experience the big screen thrill of The Bat Man, then you should surely start here!

Get your TV and internet services installed during the lockdown

How To Get the Most Out of Your Disney Plus Subscription

What Kind of Merch are YouTubers Selling?