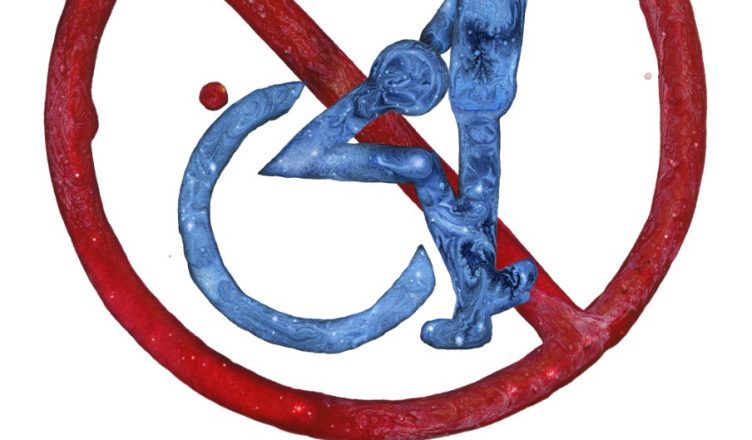 I wasn’t sure where the new Swedish short “Alive” would take me. Not at any point was I confident how this well done tale of a disabled woman and her caregiver was ultimately going to wind up. Until, that is, the scene toward the story’s denouement when one of the characters enters a bedroom. Only then did I know.

I never spill the beans about the ending in any review. And I’m not about to start. I do, however, appreciate the opportunity to pick the fertile brains of the filmmakers who bring us their art. Jimmy Olsson wrote and directed “Alive”. I had the opportunity to interview Olsson recently from him home base in Stockholm. Here’s our conversation.

What inspired you to make “Alive”?

I heard a story listening to a podcast and it was a bit different from this one but I thought it could be good drama when the assistant has to wait outside not knowing what was going to happen when this dude shows up, if he shows up. Whose fault is it if something happens? It’s kind of a moral dilemma thing going on and I found that intriguing. Also it’s a film about prejudice. How we see and judge disabled people. That we as ”normal” people without disabilities treat and think of people with disabilities. That they are a burden of society whom we need to take care of and not caring enough what they feel inside.

Have you or someone you know served as a caregiver to a disabled and/or mentally challenged person?

I have worked for a disabled person 16 years ago when I was studying at film school for a guy who had a stroke. He was a cool guy, used to work as a culture journalist and knew a lot about film. We had a lot in common interest-wise.

My sister-in-law worked for a disabled person 25 years ago and one of her jobs was to help this person to go out and smoke and drink and to help out if the person hooked up with a partner. The person she was working for was in a wheelchair.

Working with Eva Johansson (who is not disabled) was fantastic. She was so dedicated and while we shot the film she was very delicate and fragile because she was so into her character. She studied a lot before the shoot. She is an amazing actress. It was easy directing her since she really had done her homework. She stayed true to the script and all I had to do basically was to make sure we kept the same tone all the way through. We talked about her character having more trouble talking when she was stressed and frustrated and sometimes I had to remind her of her speech but other than that it was easy working with her. She was a treat.

What’s next for Jimmy Olsson?

Next up besides this film is another short that is also premiering the same time as this one called ”Whatever Happened to Ms. Longstocking?” which is a mockumentary about what happened to Pippi Longstocking and it’s a dark comedy obviously.

This autumn I’m shooting my first feature based on the short film “Second Class” I have toured with for the last 18 months and it was a huge success on the festival circuit with almost 50 awards. But I feel that “Alive” is a better film all the way, better script and it is better directed. I am very proud of this film.

The Human Spirit Stirs the Blood in "Alive"

The Human Spirit Stirs the Blood in "Alive"

Not at any point was I confident how this well done tale of a disabled woman and her caregiver was ultimately going to wind up.