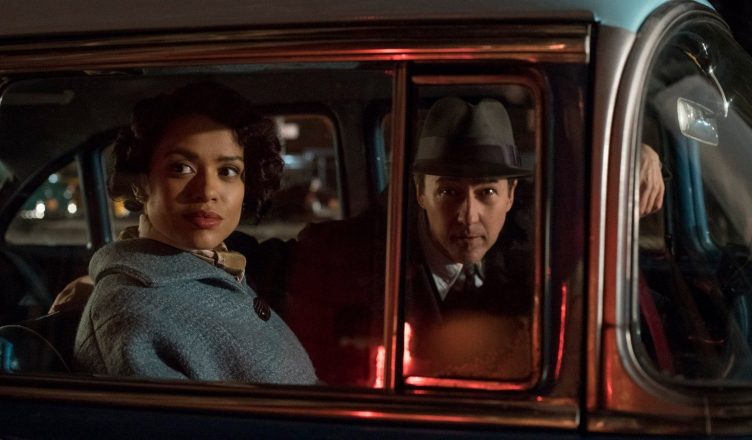 The book “Motherless Brooklyn” by Jonathan Lethem came out in 1999. It was my favorite book for at least 10 years. Winner of the National Book Critics’ Circle Award, the story of Lionel Essrig, a young man with Tourette’s syndrome, a detective who sets out to find out who killed his boss and father figure, Hank Minna (Bruce Willis in the film), was funny, compelling, well-plotted and original.

Actor Edward Norton heard about “Motherless Brooklyn” before it was even published, he said in an interview from the New York Film Festival where it premiered, and approached writer Lethem. (“I read it in Xerox copies, so you know how long ago it was,” he said.) Here’s where I add an aside from attending an event at the Chicago Public Library where writer Lethem was featured, onstage, in conversation with author Salman Rushdie (who, at that time, had a fatwa out on his head because of his publication of “The Satanic Verses: A Novel.”)

As they chatted onstage, the question of film adaptations of their work came up, and Lethem volunteered that he viewed it a little like selling a house. “If I drive by later and see that the new owner has put up purple drapes, it really isn’t any of my business any more.” (or words to that effect).

I mention this in telling you that the movie “Motherless Brooklyn” is really not that much like the book. At all. While it is always true that major changes have to be made, usually it is things that are left out—sub-plots reduced, characters eliminated. This time, two very major characters, played by Willem Dafoe and Gugu Mbatha-Raw, Paul Randolph and Laura Rose, are added.

The quality of the actors in “Motherless Brooklyn” is beyond question. Willem Dafoe, alone, has garnered 7 Oscar nominations (without ever winning). Bobby Cannavale and Alec Baldwin are similarly well-known, and fans of television’s “The Wire” will enjoy seeing Michael Kenneth Williams (Omar Little in that series) onscreen as a jazz trumpet player.

Along for sheer star power are Leslie Mann (Mrs. Judd Apatow) as Bruce Willis’ wife Julie, Fisher Stevens, Dallas Roberts (the gay brother on “The Good Wife”), Ethan Suplee, and Cherry Jones, who played the president in “24” on television. Add in the efforts musically of Wynton Marsalis, who chose to play the solo trumpet parts throughout, or Thom Yorke of “Radiohead” who wrote an original song for the film, and you have a terrific creative bunch. As Norton himself said, a cracker-jack New York visual design supervisor named Mark Russell seamlessly inserted over 680 digital shots to move the original setting of the piece from the 1990s to a noir setting in the fifties. Lots of changes. Many of them amazing because of the “unbelievable rigor and artistry” of Russell.

There’ll be a complete review of this Edward Norton written/directed/produced and starred in film—(which shot in only 46 days)—closer to the November 1st release of “Motherless Brooklyn”, but suffice it to say that I’m still trying to square the book with the movie adaptation in my mind.