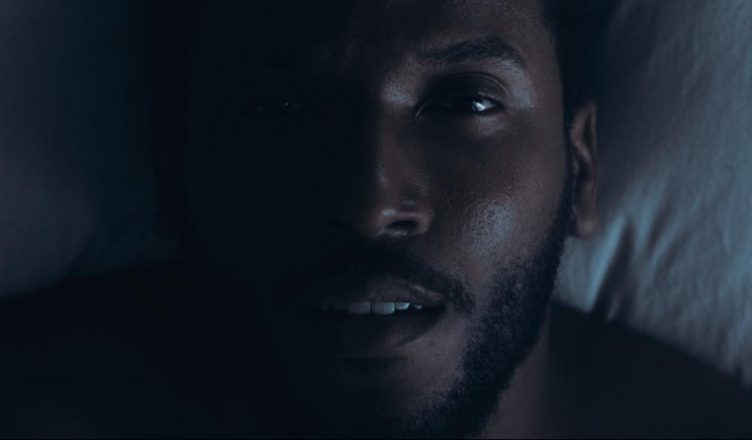 This is an especially well acted film. Khalil McMillan delivers a piercing performance in “What Death Leaves Behind” as a troubled husband and father whose life is torn apart after undergoing an organ transplant. Scott A. Hamilton does a superb job of directing a roundly impressive cast, among them veteran actor Christopher Mann, who is particularly affecting as the uncle of McMillan’s tortured character.

I was fortunate enough to gain interviews with both Hamilton and Mann, and I asked each about the primary subject matter of their film.

Has your life been touched by organ transplantation in any way?

I haven’t been touched by organ donation directly, however researching the film has opened my eyes. For example, I thought you had to die to donate, but any healthy person can donate bone marrow, intestine, a lung or a kidney and still go on to live healthy lives. Most people that I come into contact with that haven’t had experiences with the donor process don’t have this information and with thousands of people waiting for organs, I feel the need to spread that information.

While entertainment, is your film based on any real life events?

The story was created from conversations our Executive Producer Chad Morton, had with his cousin who started having reoccurring nightmares after a kidney transplant.

This cast is uniformly excellent. Would you refer to your independent production as a Labor of Love by all?

I would describe it as a labor of love. My producer Rachel Ofori did a great job acquiring talent that was willing to put in the hard work it would take to complete this film. With independent film it’s critical to build this family as the final result is a direct reflection of every person’s individual efforts.

Your performance is exceptional. What did you draw upon as an actor for this especially challenging role of Henry Warren?

Well, I have to credit life experience for all it’s worth. There were many parallels that I was able to draw from. I’ve unfortunately lost many, many close members of my family. My mother, father and two brothers being the closest of a much longer list of family who I’ve witnessed make their transition. Much like Jake in, “What Death Leaves Behind”, many of the family members I’ve lost were young. My mother was just 34 when she passed. My brothers passed nine months apart and were 51 when they passed.

I consequently have eight nephews and I’m the only uncle they have on this side of the family. So the combination of losing loved ones and being a source of support for my nephews, rang true for me in this story.

Has your life been touched by organ transplantation in any way?

Yes, I have a brother-in –law who had a kidney transplant. He’s still living today with the transplanted kidney. I remember when he found out that there was a kidney for him. There was a quiet stillness over the family as everyone held their breath waiting to hear that the operation was successful. To date I haven’t heard any stories from my brother-in-law like those of Jake in, “What Death Leaves Behind”.

“What Death Leaves Behind” is a smaller, independent production. I am particularly drawn to these films. You have worked in a number of projects backed by considerably larger budgets. Is it meaningful to you as an actor to support and participate in independent film?

I enjoy working on independent productions. Just like larger productions the story is what’s important. Each genre has its purpose entertainment wise. So whatever the genre the story should deliver on it’s promise.

The challenge with independent productions is to create a project that is as good as, or even better than, a production with all the bells and whistles. You don’t want to leave the audience feeling like they are missing the bells and whistles. That covers all aspects of the production… the story, camera work, sound, lighting, score, wardrobe, etc… And of course the performances must be honest and organic.

I also find that as an actor you are allowed more freedom to make your choices in independent productions. I enjoy bringing more than what’s on the page. The script is a blueprint for all practical purposes, particularly if what your doing is fiction. It’s great when you’re given the freedom to add some input the writer may not have considered. At least if you get it in the can, it leaves more options once the editing process begins.

Lastly, independent productions allow talent that may not have an opportunity to show their skill to be discovered.

Pay close attention here as the filmmakers clue us in from the start that “What Death Leaves Behind” will not unfold sequentially. They do not, however, indicate that their story will be told with such extraordinary power and grace.

This is an especially well acted film. Khalil McMillan delivers a piercing performance in “What Death Leaves Behind” as a troubled husband and father whose life is torn apart after undergoing an organ transplant.