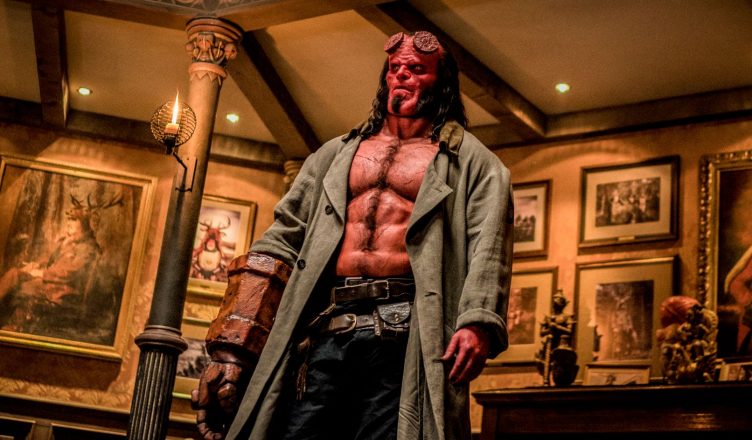 Based on the graphic novels by Mike Mignola, HELLBOY, caught between the worlds of the supernatural and human, battles an ancient sorceress bent on revenge.  Thanks to the folks at Lionsgate, we’ve got a cool HELLBOY prize pack for some lucky fans. Enter for the chance to win! Winners will be drawn at random from all entries received by 5 PM CST on Friday, April 12. Hellboy is back, and he’s on fire. From the pages of Mike Mignola’s seminal work, this action packed story sees the legendary half-demon superhero (David Harbour, “Stranger Things”) called to the English countryside to battle a trio of rampaging giants. There he discovers The Blood Queen, Nimue (Milla Jovovich, Resident Evil series), a resurrected ancient sorceress thirsting to avenge a past betrayal. Suddenly caught in a clash between the supernatural and the human, Hellboy is now hell-bent on stopping Nimue without triggering the end of the world.