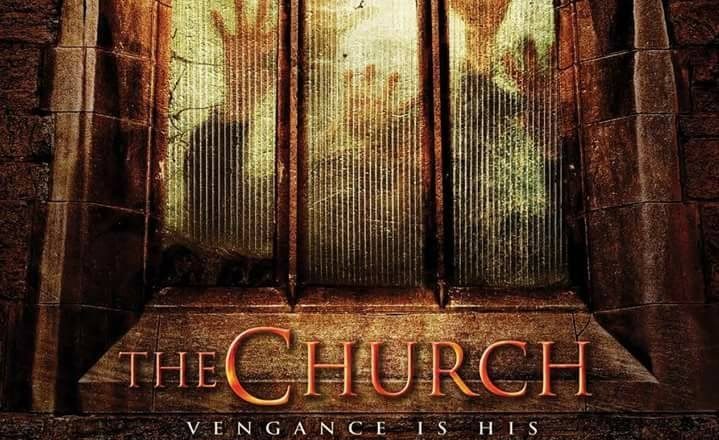 “THE CHURCH” revolves around (you guessed it) a church that is being targeted as the location for a new high-rise complex by a local developer. The pastor is hesitate to sell initially but ends up giving in when he gets an offer he can’t refuse.  However, the supernatural members of the church are not keen to let go and problems arise.

Check out the trailer:

Fight me on this but the creepiest of all horror plots are ones that are based on Christianity. So naturally, I had to check out first time Film-Maker Dom Frank’s The Church. I figured sometimes a B type movie  can surprise you, so I gave it a shot.  I can say that I appreciated the diversity of the roles/actors. Also there’s a few actors here that have made a name for themselves in Horror, so it’s fair to say it was worth the watch to see what kind of work they’re up to.  Namely Bill Moseley (Texas Chainsaw Massacre 2 & 3 ,  The Devil’s Regrets, Lisa Wilcox (A Nightmare on Elm Street 4 and 5), Ashley C. Williams (The Human Centipede)  and Clint Howard ( Halloween, and his biggest role IRL is being the brother of Ron Howard!) For the most part The Church was ethnically diverse. I also thought the story line was good. I’m from NYC so a horror movie about a money grubbing real estate developer gentrifying a neighborhood for mixed use space is certainly believable! READ: DEVELOPERS ARE EVIL, AND GENTRIFICATION IS THE DEVIL. Oof, where do I start?  I had a hard time finding something good to say about this movie. What I got was a skinemax movie without all the good stuff. No soft porn, no nudity, nothin! The acting was pretty bad even for a B movie. Vito LoGrasso plays a colleague for the real estate developer (played by Matthew Nadu) but his presence seems more cheesy South Jersey club bouncer. In fact, I feel like HE WAS the bouncer at KatManDu in Trenton Jersey back in the day when I would go hang with my Jersey girlfriends. I found out that he is in fact a WWF wrestler, and think he should stick to the that kind of acting. What was the director thinking? I mean, really. Except for a couple of the actors, the acting was so bad even from the more experienced thespians. And the dialogue was painful, I was almost laughing throughout this movie. I thought this was supposed to be horror not satire! The special effects in The Church were so bad, it was also laughable. I understand that most low budget movies aren’t going to bring the best technology but even small budget shorts could do better than this.

Sorry ya’ll don’t waste your time on this one if/when it hits your city. Let’s pray for another remake because concept is great.