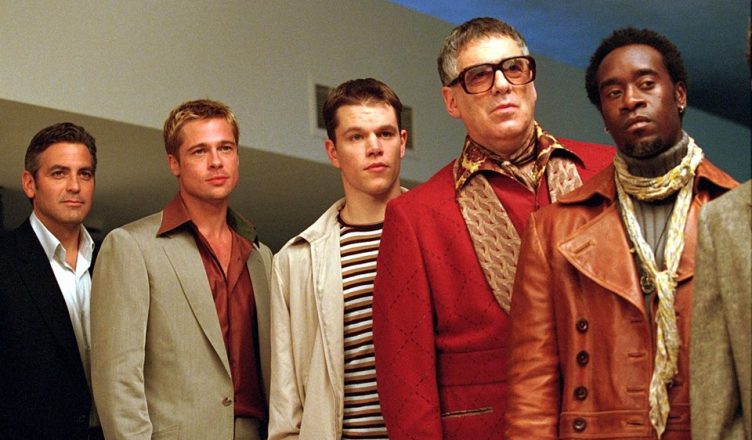 Sometimes a film, like any creative piece of art, just doesn’t seem to work. The plot might be unimaginative, the characters might come off as boring or unrealistic, or the cinmatography might not gel with the feel of the rest of the film. There are endless ways a movie can go wrong, but what about when a film does the opposite? Everything comes together in a beautiful collision of art, all culminating in front of a certain backdrop that just seems to make the movie feel right.

And casino movies do just that. Whether it’s in gripping individual scenes such as in the James Bond dynasty, or with movie characters from Planet of the Apes and The Jungle Book being used in online casino game sites, the two industries are constantly intertwined, with the tension of high-stakes casino gambling offering an opportunity seemingly too good for filmmakers to pass up Online Slots Real Money No Deposit.

Casinos have the undeniable ability to put viewers on edge, yet make them feel like anything can happen. It’s not unplausible for a mob gunfight to break out in a casino, but it’s also not out of  the question for a man to silently lose all of his money and have his life change forever to a chorus of jingling change and electronic sound effects. It’s a setting fertile with possibilities – versatile and always intriguing, and here are a few times movies have hit the jackpot with the casino.

This might not be the biggest achievement as a whole for a movie, but any critic would be hard-pressed to blame that on the use of the Venetian Resort setting that the film established in the film’s beginning. Putting most of the cast at the casino straight away showed how each of them ended up at the same place for different reasons, a comparison that helped frame the diverse comedy that followed each party as they chased the $2 million prize until the movie wrapped up with an obligatory Smash Mouth song “All Star” – a tune used other movies of the time “Inspector Gadget,” “Shrek” and “Mystery Men.” Hey, we didn’t say the movie was perfect, and, clearly, neither did the rest of the internet, but its usage of the exciting casino setting was spot on. In a movie tasked with showing how two dysfunctional people can fall in love, a casino goes a long way in framing that fragile love and accentuating the volatile nature of the couple’s relationship. Unlike Rat Race, Leaving Las Vegas was commended by critics and Nicolas Cage, the film’s star, received both an Academy Award and Golden Globe for his performance. Film critic Roger Ebert asserted that the film was one of the best that year and went on to say it was a miracle the film was even created in its unadulterated form – the form that it was most effective in telling a moving story. Make no mistake that the exciting location of the casino and Las Vegas as a whole helped foster that pureness into the hard-hitting, provocative experience that it is. Like sharpening a sword on the dangerous edge of another, Leaving Las Vegas gets much of its bite and wisdom from the location that it was shot in – a place that many people go to make tough decisions and learn hard lessons. Heist movies are no new concept. From comedy to drama, the art of stealing has been portayed an innumerable amount of times. But one that seems to stand out among the masses seems to be the remake of the 1960’s film of the same name starring the iconic Rat Pack. The locations of the star-studded remakes assault the senses with constant sounds, fabulous sights and an atmosphere that you can almost smell, it is so wrought with personality. All of this aims at creating a sense of anxiety that is to be felt by the viewer as they imagine how tense the situation must be for its characters. That’s not something you’d be able to replicate so easily and with such empasis as was done in Ocean’s Eleven, and that’s probably why the movie received two sequels. The series looks to expand again with a fouth, all-female installment to the franchise.

And there you have it. Casinos bring a collection of feelings with them that not many locations can do so effortlessly and these titles in particular benefited heavily from their use. Which casino movies are your favorite and take advantage of the noisy, fast-paced feel just as well? Let us know in the comments below.