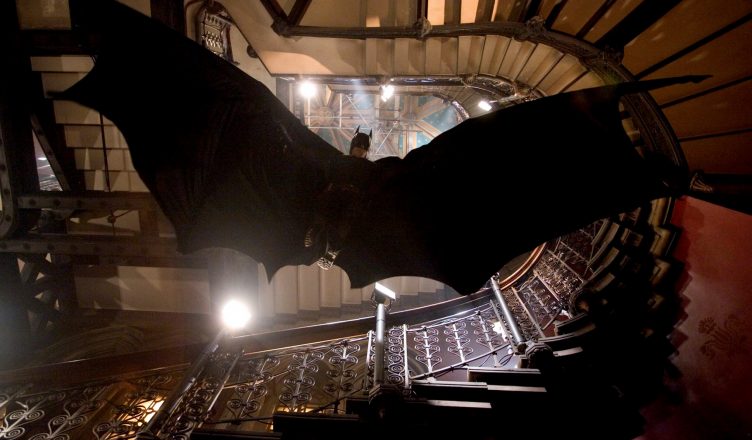 This year sees the release of Lightening Horseman, a new online slot set to become one of the best mobile casino games in the fantasy genre. It’s based on Washington Irving’s famous 1820 short story, “The Legend of Sleepy Hollow”, about a supernatural Hessian soldier who continues to haunt a quiet town on horseback after being decapitated in battle.

The slot’s reels are set beneath a full moon and have an eerie feel. Symbols include unnerving ravens, abandoned outhouses and the Horseman’s victims. Within the main game, players have the chance to trigger a thrilling Lighting Re-Spins Bonus by landing 6 or more lightning bolt symbols anywhere on the reels. These lightning bolts then lock in place as 3 re-spins are awarded. Subsequent lightning bolts will also lock in, to eventually reveal cash prizes or even a jackpot win once all the bonus re-spins have ended.

Whilst this will be the first slot game inspired by the tale, “The Legend of Sleepy Hollow” has been the inspiration for multiple fantasy horror films over the years. That’s why the guys at the online casino bgo.com thought it would only be fitting to hold a countdown of the best fantasy films to date. Here are their top 3 picks, starting with a film about the infamous Horseman himself: Tim Burton directs this creepy screen adaptation of Irving’s classic tale. Ichabod Crane (played by Johnny Depp) is a New York City detective who arrives in the town of Sleepy Hollow to investigate a series of mysterious murders. Legend has it that it’s a spectral Hessian riding through the woods cutting off the heads of unsuspecting victims, but it’s up to Crane to unravel the real truth behind the killings. . .

The Academy Award winning movie packs in all the dreamy, gothic, otherworldly effects typical of Burton’s film-making style, and has grossed almost $207 million since its release in 1999. It’s one of the most imaginative and ambitious takes on the timeless horror story to date. It’s definitely worth watching before you play the Lightning Horseman slot. The late Robin Williams stars in this fantasy classic about Alan Parrish, a man who’s been trapped in a board game for over two decades since the age of 12 years old. When siblings Judy and Peter Shepheard find the game and begin playing, they release the now-adult Alan from Jumanji. But the group must work together to finish the game if they are to undo the damage it has caused. Believe it or not, Jumanji is actually based on a children’s book from 1981!

Incredible effects were achieved thanks to specially-developed computer software for the Jumanji film, which manage to give the story a real sense of mystery and surrealism. The picture achieved great box office success when it was first released in 1995, earning over $263 million worldwide. Plus, it sparked another wave of excitement at the online casino bgo in early 2018, thanks to the release of the Jumanji video slot game from NetEnt.

Based on the Christopher Nolan film that inspired the legendary Dark Knight in 2008, Batman Begins is the tale of Bruce Wayne from the time his parents die until his first successful outings as Batman. Along the way he’ll face the dangers of the menacing Scarecrow and the leader of the League of Assassins, the dreaded Ra’s al Ghul.