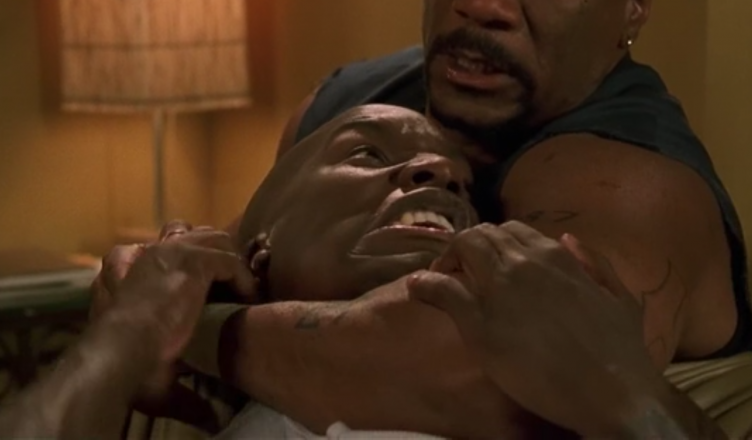 At first I was going to write a nice little article about a few ideas on how to make the Fast and Furious franchise even better.  This past weekend, Tyrese Gibson has been making internet headlines with his persistent badgering of Dwayne The Rock Johnson. The issue seems to be Tyrese isn’t too happy about The Rock moving forward with a spinoff movie with Jason Statham. Right after Variety dropped the news that the Rock/Statham spinoff was due to hit July 26th 2019 (which pushes Fast and Furious 9 to 2020), Tyrese wasted no time in buying a first class ticket on the Messy Express. Ever since the Rock got on the scene, the profits for following installments grew like crazy.

I don’t know what recreational drugs Tyrese may be taking, but he needs to quit immediately if believes that the Rock had nothing to do with their success. It’s absolutely true that the Rock didn’t start the franchise, but it’s ridiculous to insinuate he didn’t inject new life into it either.

To Spinoff or Not to Spinoff?

Now there’s more to the story judging by Tyrese’s posts. Apparently his gripe is with the fact that the other cast members were approached to also do their own spin off movies, but they all turned it down. So naturally, Tyrese found it to be some sort of betrayal to the “family” that The Rock opted to move forward with his own spinoff. A couple things here we need to address. First of all, NO ONE CARES ABOUT “ROMAN PEARCE”. That goes for “Tej Parker” too (played by Ludacris). While they have funny moments in the Furious films, they’re not interesting enough to carry a solo movie, even as a pair. This isn’t even a slight against Ludacris, but it’s just a matter of fact that the role is a supporting role for a reason. This especially applies to Tyrese’s character Roman Pearce though. After the second Furious movie, it’s really hard to say just exactly what value he even brings to the team or franchise.

The only mainstay star in the Furious franchise that could pull off a solo spinoff (Besides the Rock) would be Vin Diesel. Vin Diesel is a case in himself, but why Vin doesn’t like money is his own problem I suppose. Diesel at least seems to be taking the high road here, and maybe even distancing himself from Tyrese. My guess is that the more emotionally unstable Tyrese makes himself appear to be online, the more his outbursts can have  negative effect on the Furious Franchise. As a producer and one of the main stars, it would make sense for Diesel to play this smart. Lastly, I’ll just say that Paul Walker was a talented actor, although he wasn’t exactly a box office grab if we’re just being honest.

By The Way, Can We Let Paul Walker Rest In Peace?

I know that he was obviously very close to both Vin and Tyrese and the rest of the crew. However, it’s starting to come off as though they’re pimping his name at this point for whatever reason. (Even if it’s unintentional.)

#Repost #SwipeLeft – @VinDiesel – Never confuse determination with desperation….. What's understood don't have to be explained…… 44 million just got the memo…. Although it appears to be…. I've never been in this alone…….. #PerceptionVsReality #FastFamily like I said we don't fly solo. President Obama's integrity teachings is of a man who makes everyone feel like they MATTER…..

If you love the man, then it’s cool to honor him and remember him in different ways. That tribute in Furious 7 was nice, and so was the continuous tribute that was established in Fate of the Furious. With that said, must Tyrese and others really need to post Walker’s picture up as a means to subliminally attack another member of the “family”? In my opinion, it’s really just in poor taste. Not only is Tyrese whining about this whole situation, but he’s actively stalking the Rock’s twitter account to troll him. What self-proclaimed grown man does stuff like this? Why not just call The Rock? Oh, wait I guess this may be why: Are you serious? Tyrese has officially become that bitter ex who will key your car and post it on Facebook Live. If I were The Rock, I wouldn’t want to respond to his emotional ass either. What has Tyrese done to demonstrate that he’s even emotionally mature enough to have a civil conversation at this point? These are the type of issues that you handle in private and behind closed doors.

Guess what though. If The Rock doesn’t pick up your call, you know what you do? MOVE ON WITH YOUR LIFE! You’re a talented singer. Go drop an album. Go on Tour until the next Furious movie is due to drop. (You got extra time now). Don’t talk about brotherhood or being a family.  Last I checked, brothers supported each other. They didn’t hold each other back from pursuing opportunities.

I’m sorry, but this particularly hurts me to even write this. As a black man, it pains me to see another black man with such a great platform steep down to this level. When Tyrese first started coming up I was so happy for him. I remember playing his Coca Cola commercial multiple times thinking I could mimick his singing. (I didn’t quit my day job thankfully.) I supported his albums and followed his movie career from Baby Boy on. Even when he started his online petition to be Green Lantern I was okay with it. That is until he started getting a little too persistent with it. There’s absolutely nothing wrong with hustling and grinding. However, at some point if you grind too hard at something it can rub off the polish if you catch my meaning.

With these latest outburst from Tyrese, he’s simply done too much. He has every right to feel however he wishes to feel. But doing all of this in public, in this manner, is just disgraceful. I would like to believe that he’s better than that. Tyrese can’t simply latch on to the couple of fans who enable his petty behavior. That’s not love, that’s just blind fandom. Most of them will probably go see The Rock’s spinoff movie anyway. Consider this article as coming from a place of love…a dose of tough, brotherly love. A brother can step up to another brother and let him know when he’s acting out of pocket.  A wise man once said, “Know your role, and shut your mouth!”. Truer words were never spoken and even more so applicable to Tyrese Gibson in this case.

One thought on “It’s Time To Tell Tyrese Gibson To Just SHUT THE HELL UP!”