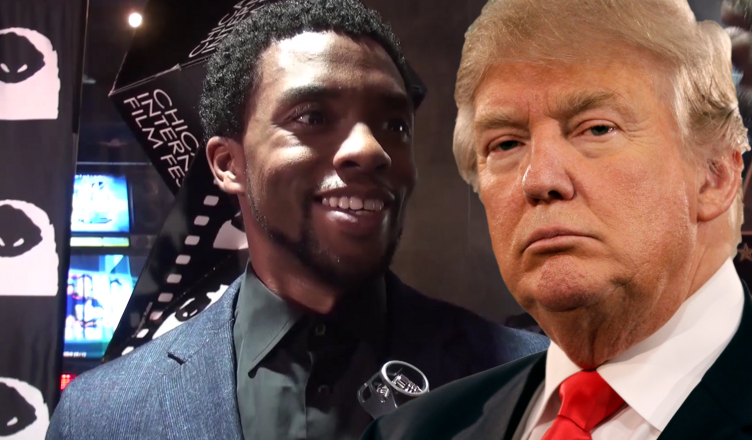 During the 53rd annual Chicago International Film Festival, the cast of Marshall attended the Chicago premiere of the film.  I was fortunate enough to interview the cast on their thoughts on both the film and its importance during the current political climate. Seeing as though Chadwick Boseman put a lot of time and effort into donning the persona of Thurgood Marshall, I thought it would only be fitting to ask him how this movie relates to today’s society and the President.

Q: What do you think Thurgood Marshall would say to Donald Trump in today’s [political] times?

Well I think it’s fair to say that Thurgood Marshall would definitely hold the President accountable to the Constitution seeing as though Marshall knew it like the back of his hand. If you’re interested in watching the full interview, check out the video below for more. You can also check out my spoiler-free review of Marshall as well.

I was blessed with the opportunity to talk with the cast of the Marshall Movie during the 53rd Chicago International Film Festival. -Chadwick Boseman shared what Thurgood Marshall would say to President Donald J. Trump!-Sterling K. Brown dropped some KNOWLEDGE! -Jussie Smollett and I had an "Obama moment" together. -Marina Squerciati and Director Reginald Hudlin also weighed in on the importance of this film in today's political climate.———————————–Watch my Marshall Review here: https://goo.gl/XeuY5dLike this Fan Page for more: Official Site ► http://www.EmansMovieReviews.com/Twitter ► http://twitter.com/EmansReviewsYouTube ►http://www.Youtube.com/c/EmansMovieRevi…Instagram ► http://instagram.com/EmansReviews#marshall #ChadwickBoseman